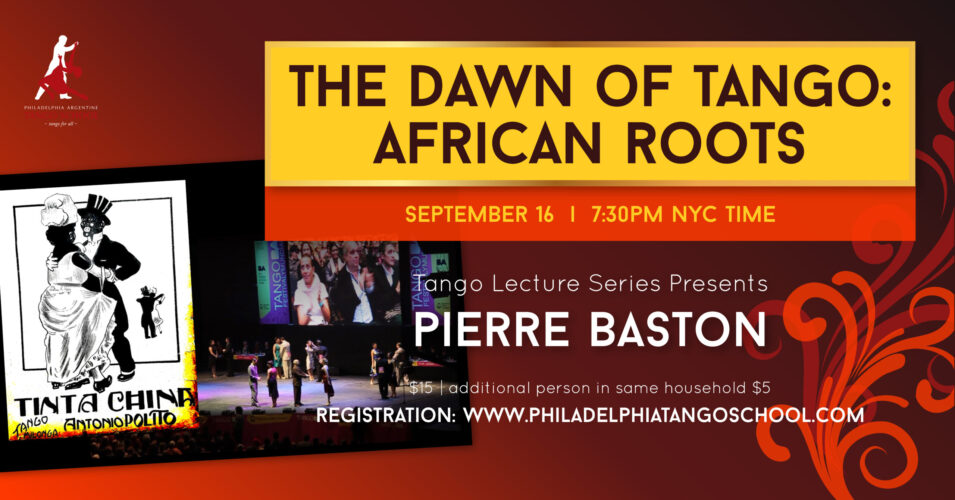 An interactive discussion with images, music, video and text revealing the seminal (and surprising) Black contribution to tango music and dance. From Argentina’s 19th-century African candombe dance parties, to the milongas and mundiales (world tango championships) of today: see the connection, and learn about the long-concealed Black influences on the dance we love.

Pierre studied African history for a time as an undergraduate at Yale University, and earned a Masters Degree in Film Directing from the American Film Institute. He has pursued his passion for tango in many visits to Argentina since 2001, and holds two certificates from the Masters Program of Escuela Argentina de Tango in Buenos Aires. An inventor, Pierre has been awarded several patents in the U.S., Japan and Argentina for his innovative travel brewers for coffee, tea, and mate, Argentina’s national drink. Pierre teaches and organizes tango in his native Philadelphia.

About The Tango Calendar

At the beginning of each month get your own copy of our FREE eNewsletter delivered to your inbox with all the latest upcoming Tango events. Click here to subscibe!

Add The Tango Calendar To Your Wordpress Site