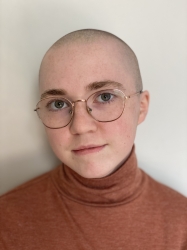 Mio/Tuyo/Nuestro begins with a journey to childhood. The dancers – a cast of six composed of Marcel Santiago, Nyla Murray, Aleeza Garcia, Micah Lat, Tori Breen, and Jasiri Minors – embodied children, aimlessly wandering around a playground in a park just a short walk away from performance space. They draw with chalk, challenge audience members to races, and, yes, spill bubbles. It’s sweet and almost sincere enough for you to believe, if you closed your eyes, that there were just a group of school-aged children playing. Santiago takes on the role of the concerned parent, leading the charge to head back to the performance space (Philly PACK, a children’s dance-theatre company/studio) by way of a slow, measured walk wrapped around Garcia in a warm embrace. Eyes closed, they walk backwards through a path bisecting the park, trusting their intuition to find their way home.

Mio/Tuyo/Nuestro is the first evening-length work created by choreographer Chachi Perez and the company. The group, save for Breen, met at Philadelphia’s University of the Arts, where they received their BFA degrees in dance. Under the direction of Perez, a Cuban American artist, they – along with company manager Genesis Castanada – formed the company Carne Viva in 2022, dedicated to highlighting voices of LGBTQ+ and BIPOC artists. Carne Viva translates in English to “raw meat,” and that’s what the marketing of Mio/Tuyo/Nuestro promised: dizzying spectacle, fierce honesty, and grounded, embodied movement that speaks to the soul. The delivery was just off of center, but provided much to think about nevertheless.

The piece itself is divided into three distinct sections marked by bursts of ten-to-fifteen minute intermissions. The first consisted of the park excursion, marking ways the company enjoyed the luxury of play with one another and with themselves in space with others. The second section, split into two dances, also explores notions of relationality with the self and other. Murray leads us into this second section through a series of circulative, gestural movements set against a backdrop of red lighting, interrupted by the blinding flash of the strobe lights. Suddenly, the company is present. Breen and Garcia perform a duet that alternates between moments of passion and moments of violence, set against a trio of rhythmic dancing that Minors, Murray, and Santiago provide. Their manic smiles skews the whole thing ajar, painting Breen and Garcia’s couple as one just on the brink of destruction. But no moment of catharsis is ever given. The lighting shifts instead to a cool green tone, and Lat takes over a microphone and loop pedal to provide a dizzying, enveloping soundscore completely produced by only his voice and a few percussive taps. The soundscore – which I could have listened to the entire piece – accompanies phrasework that allows for more internal moments for the dancers. This moment in the piece is where Perez’s work as both choreographer and director shines the brightest by far. We see the company express desires fueled by what seems to be loneliness and remembrance; what does it mean to be alone in a crowd? To be just off-beat of the person inches away from you? To hear the breath and see the sweat of another but not be able to look them in the eye? Their sole connection comes in the form of a continued collective care: as each dancer backs off the stage, a hand of another reaches out to lightly touch their back, warning them of the unseen ledge.

After another intermission, where the audience is ushered outside to allow for a set change, we’re brought back into the world of the piece through the reading of a heartfelt, hand typed birthday card outside on a bench. After a hug, the two dancers exchange sly glances. “Do you hear that? Do you hear music?” Garcia asks. “Let’s go check it out.” Taking Murray’s hand, the two run through the open garage door, swathed in curtains, leaving the audience to follow through and discover a ballroom-style (think more voguing, less Bridgerton) discotheque. The company members dance around the now cleared floor, encouraging audience members to groove with them. They change outfits freely, joining back in on the dancing. After a few minutes of dancing amongst the audience (a few of which joined in; most just shook their hips or nodded along to the beat when prompted, unsure of the performer-audience dynamic now that participation had been thrown at them without warning), the company assembled back on stage for a good old fashioned dance circle, each member showing off moves in the center. One more unison phrasework to finish off this piece, and the company of Carne Viva takes their bows to the soundcore of applause.

For a first piece, Mio/Tuyo/Nuestro shows a lot of potential. Ultimately, there are so many parts to the puzzle that nothing seems to find a natural ending. Many ideas are dropped as soon as they become interesting, choosing instead to focus on the next piece. The frequent intermissions work only to pull the audience out of the world the company is building, and the itch to stay in the moment with the performers persists long after the piece ends. In September, the company will perform Mio/Tuyo/Nuestro again at the Fringe Festival, produced by Cannonball as part of their BIPOC New Work Track, on September 7th, 10th, and 11th and the Icebox. Constrained both by place and time, I’m interested to see what changes are made and how that affects the experience, and I’m looking forward to being in attendance at future pieces.

0 replies on “Review of Mio/Tuyo/Nuestro” 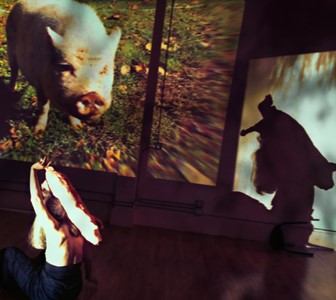 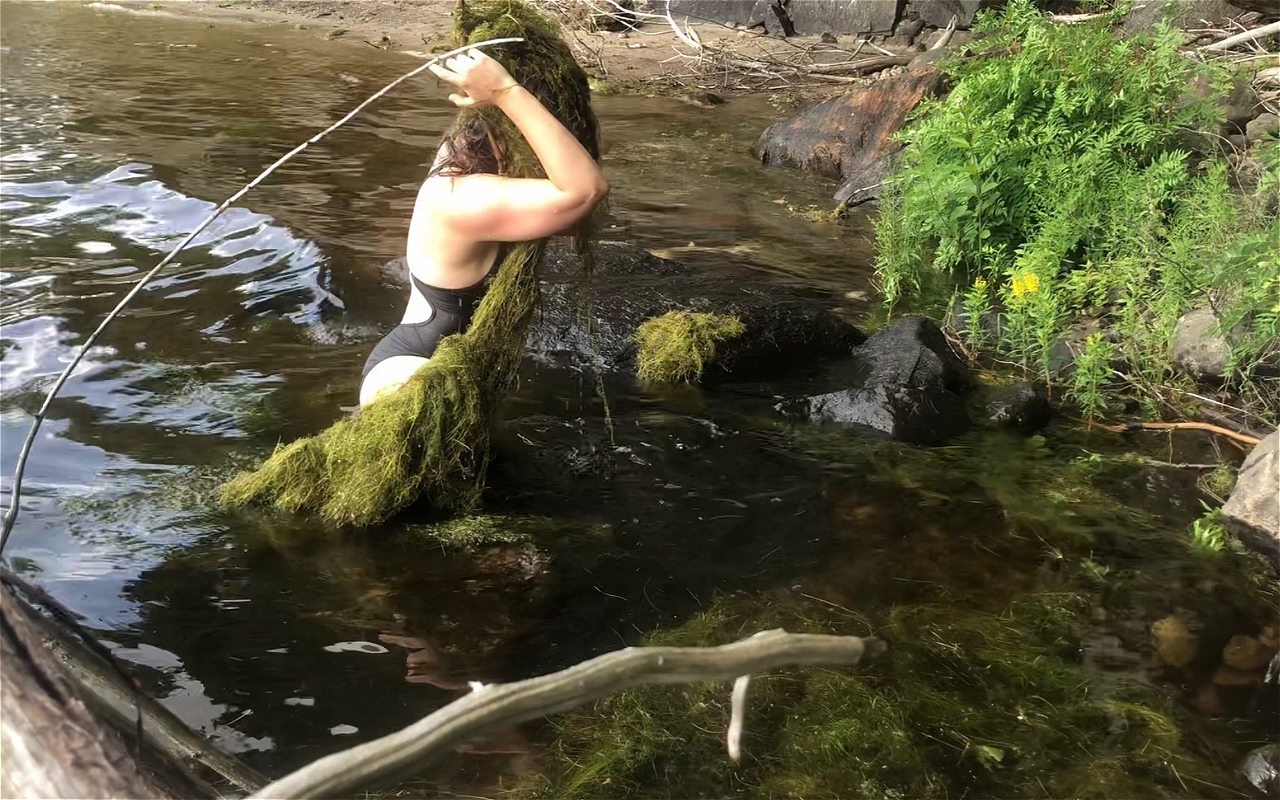