Hailing from Philadelphia, Pittsburgh, Allentown, and DC, these movers and shakers of the dance world are thrilled to combine their creative forces and share the stage for the very first time in this new configuration.

The Collective came about with an email between artists whose paths had crossed in one way or another, asking each other, “Are you ready to show work again in a live setting?” With a resounding “Yes!” these four accomplished dance makers formed The Crossing Paths Movement Collective.

Highlighting themes of transformation, strange becomings, and dancing on the edge of an apocalypse, the Collective will treat audiences to a mixed repertoire dance event that celebrates the originality behind each artist’s impulses and designs.

In Carbonell’s “Apple,” Adam and Eve share a body. Carbonell rakes her back against a chair in a bowler hat and red dress, pulling it to the floor, then emerging from underneath to bow her back over its prone form, indicting feminine stereotypes of passivity and compulsion.

With “Imagining Her,” Carlson dances a duet with an invisible mammogram machine. Her twisted body flexes and extends to the mechanical exhalations of the construct, becoming a cyborg.

Four dancers enact a waterfall in “Cascade” by Shute. Hands trickle-down heavy heads until backs burst and rise in mist.

After more than 20 years on hiatus, Nick Daniels returned to dancing, choreographing, and running his DANA (Dancers Against Normal Actions) Movement Ensemble in 2017, reminding us that, “Second chances do come along, and they are fantastic.” As this collective and many others navigate the return to live performance near what we hope to be the end of this pandemic, this sentiment rings all the more true. This program will invigorate and inspire audience members to move toward a spring of renewal and reemergence. 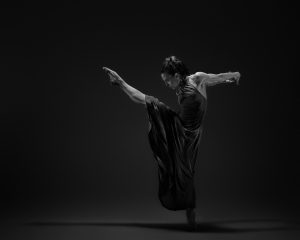 Seating is limited. CHI Movement Arts Center is staying up-to-date with Philadelphia Covid-safety protocol and is currently a vaccine-only venue. Proof of vaccination will be required to enter the performance space.

The Reading Theater Project and JCWK Dance Lab are thrilled to announce In Nature’s Studio: Real Bodies, an outdoor performance event at the Reading Public