The groundswell of solidarity across racial lines for the Black Lives Matter movement has galvanized the national push for police reform in the wake of the brutal murder of George Floyd and other black men and women killed by police.  Even during a time of pandemic and near economic collapse, Americans are charged to confront what has plagued this country for 400 years – systemic racism.

Indeed, the urgency of the crisis has sparked heated discourse about endemic racism in every sector of American life. Will it truly be a transformative time? Only our collective hearts and actions will tell.

The racial divide that exists in the arts has been an ongoing discussion and debate by black and minority dance artists who have had to deal with overt racism in the industry.

Will there be a true representation of Black dance going forward? Will white privilege ranking of dance aesthetics continue to dominate the field? Will there be less tokenism in ballet? Will there be a new sensibility in ballet, modern, university dance curriculums, dance companies, and studios as well as in commissions, grants, and administration, adding racial diversity and access at every level?

Below are book recommendations that deal with the racial inequities that persist in the dance world. They are a testament to where the industry has deliberately failed as well as to the success of black artists despite the odds, and just how far we have yet to go to achieve an equal stage for all dancers. 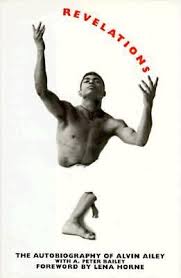 Revelations | an autobiography by Alvin Ailey

Alvin Ailey’s towering legacy to American Dance is inestimable and it continues to live on through his company, Alvin Ailey American Dance Theater (AAADT). During the course of over 30 years, he made 150 ballets in all established styles, both classical and modern. His eternal dance piece ‘Revelations’ has been seen by more than 15 million people around the globe. It was while Ailey was ill with AIDS that he asked Ebony editor,  A. Peter Bailey, to facilitate the writing of his autobiography through oral history interviews.

Ailey was a very private person, but here he opens up about his life and his struggles, from his rough childhood growing up in poverty in the Jim Crow Texas town, to his groundbreaking career, and diagnosis of manic depression, the stress that fueled a cocaine bender that landed him in the psych ward at Bellevue. Ailey also casually touches on his life as a gay identity. When he died of AIDS, it was not publicly acknowledged until many years later. Otherwise, ‘Revelations’ lives up to its title about his career and the industry.

Growing up in poverty in the ’30s, Ailey was raised without a father, and his mother moved to Los Angeles for work during WWII. On the urging of the legendary Carmen de Lavallade.  Ailey joined choreographer Lester Horton’s L.A. studio and soon enough he was part of the Horton company, which was already multiracial with Black, Hispanic, and Asian company members. There, the previously shy Ailey flourished as a performer and dancemaker. After Horton died suddenly Ailey took over as the company’s choreographer and fulfilled a commitment for the company to perform at Jacob’s Pillow. Ailey remained in New York but found that the racial lines were firmly in place for his generation of black dancers.

Here are a few of his missives from the book:

“There was practically no way for us to fulfill our compelling desire to participate fully in the dance world.”

After his forays into acting and musical-theater productions, Ailey was more than disillusioned than ever with the New York dance world.  “I was tired of being told what to do. I had my own ideas.”

Ailey doesn’t dwell on systemic racism but what he says in the oral history of his life speaks volumes.  His perspective is foundational to understanding dance in America, and Ailey pulls no punches about the lay of the land as he artistically blazed through it. 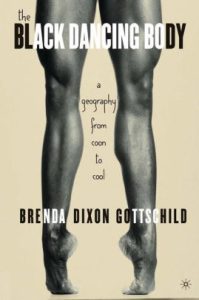 Dance historian, Brenda Dixon Gottschild’s seminal The Black Dancing Body is a searing historical study that encompasses the lived experiences of three generations of dancers dealing with blatant racism and the relativity of industry progress and failure. Gottschild addresses in detail the overt constructs of systemic racism in dance and the implication of aesthetic oppression and exclusion.

The Black Dancing Body is the fourth of five volumes by Gottschild that documents the full history of the African-American dance Diaspora.

Originally published in 2003, it is even more relevant now to the consciousness of a new generation of dancers who are still navigating structural racism in dance. 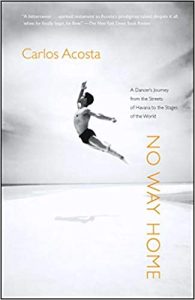 No Way Home | by Carlos Acosta

Black Cuban dancer, Carlos Acosta wanted to be a soccer player when growing up in Havana, but his explosive talent dictated his becoming a star student at the Cuban National School.  After winning the gold medal at The Grand Prix de Lausanne competition,  he was offered a contract by the English National Ballet. Eventually, Houston Ballet director Ben Stephenson brought Acosta to the US with the promise of leading roles. From there he went on to become a principal at the Royal Ballet, bursting through traditional color lines to take on lead roles.

His experience in ballet was a rare exception to the rule. He was well aware of the racial barriers that existed for the casting of non-whites in classical ballet roles. Despite these issues, The Bolshoi Ballet invited Acosta and Black ballerina, Lauren Anderson to perform at The Kremlin Theatre in Moscow. In 2007, Acosta was cast in the title role of their iconic modern ballet Spartacus. Meanwhile as late as 2012, after dancing and choreographing for The Royal Ballet, he told the Guardian that he still doubted that a Black ballerina would ever be cast as Odette/Odile in The Royal Ballet’s production of Swan Lake.

Acosta is now director of the prestigious Birmingham Royal Ballet (BRB), a sister company of the Royal Ballet. The city of Birmingham is 40 percent non-white and Acosta, in an interview with Dance Magazine, said he has every intention of changing the direction of the ballet company to reflect and speak to a racially diverse community. 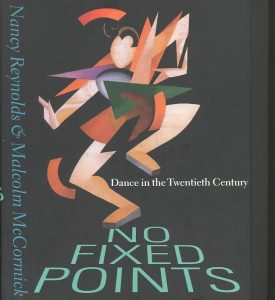 No Fixed Points was hailed at the time of its publication as a comprehensive study on the history of modern dance and in some respects it is. The authors are excellent dance writers but there are many sins of omission in this encyclopedic tome. The most glaring is the underrepresented scope and influence of Black dance in America.

There are exhaustive chapters about all of the usual modern dance masters from Isadora, Martha, Mr. B, Paul, and Merce. It goes on to expunge the virtues of the avant-garde of the 60s Judson Church scene, covers a host of international choreographers, and even examines dance in film.  On balance, in a 900-page oversize volume, there is decidedly only cursory reportage and analysis of the work of such pioneering black choreographers and companies as Alvin Ailey, Arthur Mitchell, Jose Limon, Judith Jamison, Pearl Primis and others.  The cultural significance of the dancers, choreographers, and directors that were blazing trails, and creating their own companies to represent African-American diaspora in American dance were blatantly missing from these pages.

In the chapter, ‘Pluralism and its Ascendance’, there is a lengthy entry about Bill T. Jones/Arnie Zane’s choreography and examination of social justice issues in the 80s and 90s. Other black dancers and companies of the era are scarcely mentioned. In terms of directly addressing the myriad of issues around racism in dance, it barely touches on the topic.  From a local Philadelphia perspective, No Fixed Points, which was published in 2003, makes no mention of Joan Myers Brown, who founded Philadanco in 1970 and the International Association of Blacks in Dance in the late 1980s. There is also no mention of Rennie Harris and the hip-hop dance revolution he brought to the concert stage and ballet audiences. 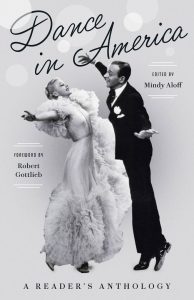 Dance in America: A Reader’s Anthology |edited by Mindy Allof

Dance in America: A Reader’s Anthology is a compendium of dance critics’ articles, essays, and commentary on dance performance in the US stretching back to the days of minstrelsy and vaudeville. In a forward to the book Robert Gottlieb, who co-edited, admits that the selections in the book were subjective and important writing was skipped over.  In terms of race and dance, there are some wonderful pieces from black artists about their careers, but not nearly enough representation.

On the plus side, there is an essay by dance anthropologist and choreographer Katherine Dunham, memoir excerpts by Jose Limon, a history of black social dancing in poetic playwright form by Langston Hughes, Josephine Baker’s fabulous remembrances of her triumphs in Europe and Zora Neale Hurston’s history of African dance as practiced in ‘Hoodoo’ medicine in New Orleans

One essay, by dancer-choreographer Janet Collins, portrays in detail the offenses people of color faced in the industry. Collins recounts being a 16-year-old aspiring ballerina, auditioning for international star dancer Leonide Massine when the Ballets Russes was on a US tour. She was the only black dancer at the audition and she performed in front of the full company. She had no formal ballet training or pointe, but still was proficient enough to impress Massine, who offered her a contract. However, in doing so, Massine added, “I would have to paint you white.”  Collins recalls that she just stared back at Massine in shock that he would even suggest such an offensive thing. She didn’t even have to say it, after a pause he said “You wouldn’t want that, would you?” Despite walking away from dancing for the world’s most famous troupe, Collins went on to carve out an illustrious career.

Dance in America does not offer nearly enough representation from black writers, or about race and dance in general. For instance, the editors choose reportage about the leading dance artists of the Harlem Rennaissance by a notoriously exploitive white author, Carl van Vechten, but offered not a single entry from black dance historian, Joe Nash who was writing about African American dance pioneers with eminently more authority. 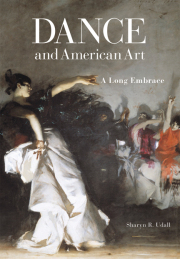 Before moving pictures, dance was defined in the collective consciousness by minstrel shows and vaudeville, and enshrined in paintings and public art that propagated grotesque racial imagery.

Sharyn Udall explores dance as primarily visual art, along with paintings and sculptures that made up part of populous expressionism. Analysis and artwork that Udall brings into historical context and perspective is an invaluable visual reference of dance depictions in American art.

The beautifully curated volume also exposes questionable paintings, engravings, and folk art illustrations of American dance that propagated racist tropes and destructive imagery. It reveals black and indigenous artwork and perspective that were not seen in museums until the time of the Harlem Renaissance.

New dance titles documenting whether 2020 will be a transformational year in dance as well as the culture at large are hopefully being written now. Meanwhile adding to the public discourse, dance professionals and teachers, even during the pandemic, are seizing the moment to strategize, mobilize and address the issues of systemic racism in dance, giving voice to what needs to finally occur to bring real change.