On a frigid winter night in Philadelphia in 1993 at the Trocadero in Philadelphia, the dancers of the Pennsylvania Ballet launched the first or second (no one can remember) Shut Up & Dance benefit for MANNA, the organization that was delivering meals to people trying to survive HIV-AIDS. At the time, the dancers were grieving at yet another death of a colleague from a disease that had hit the dance world especially hard. They wanted to help those most in need and raise money for MANNA, bringing awareness to the cause through their art.

The Trocadero was a storied burlesque dance theater and on that night the heat was out, the pipes frozen, and the audience huddled around the bar drinking to stay warm. Meanwhile, the dancers freezing onstage were burning the catwalk floor to create the legendary dance event. That year the show raised $1,200.  The annual benefit performance, pre-pandemic, would normally fill the Forrest Theater for the one-night-only event and raise over $50,000.

Over the years, it has become known for fabulous opening numbers, a showcase for emerging choreographers at the Pennsylvania Ballet, and a host of notable guest artists. Considered by many who regularly attend as the feel-good performance night of the year, it has brought awareness and support for MANNA’s vital community services.

This year everything was different because of the Coronavirus and the shutdown of theaters.  Producing director, Alexandra Hughes, and MANNA director Sue Daugherty decided on March 12 that the benefit performance had to be canceled. Just as the work of MANNA must continue during the pandemic, the dancers of Pennsylvania Ballet also knew that fundraising component was now even more critical as MANNA had to increase its services to provide meals for people living with life-threatening illnesses.

Hughes and MANNA director, Sue Daugherty came up with a plan on social media via ZOOM on May 30. Everything would be different of course, no pre-party in the Forrest ballroom or after parties in the Gayborhood, or even new choreography and showstoppers. Those parts of the show would all be gone this year. Instead, there would be private performances from the dancers of the PA Ballet from their homes via ZOOM, broadcast to a participating audience. While the showstoppers were gone, the spirit and mission were still alive and well.

PA Ballet executive director, Shelly Powers and Daugherty introduced the virtual 28th annual Shut Up & Dance 80s Dance Party. They did have a few technical glitches but Hughes and co-host Emily Davis, a PAB corps member, picked up the slack with wit and some of those retro-80s moves. Throughout, they pitched the fundraising goal of $12,000 that if reached would be matched with $10,000 from longtime SU&D/MANNA supporters Steven and Linda Korman.

The virtual stage set, the dancers of Pennsylvania Ballet self-quarantined at home were ready to show their pedestrian moves. Highlights included Jermel Johnson and his two children dancing around their living room; Ballerina Oksana Maslova grooving in a LED starburst background with her young son;  Zechang Liang and Thays Golz dancing with their puppy Mixi; and Sterling Baca and Nayara Lopes salsaing around their kitchen. Meanwhile, Aaron Anker’s eyes danced behind his shades while next to partner Hughes in their back yard.

Ashton Roxander was couch dancing (and mugging) with dancer Jackie Callahan, but not to be out bopped were his mom and their dog.  Molly Stiles had joyous pas de trois with her parents. Former PA Ballet principals Martha Chamberlain and Jonathan Stiles then soloed with classic pirouettes and battement.

Hamilton star Leslie Odom Jr, and a Philadanco school alum ZOOMED in with words of support for MANNA and a shout out to the Pennsylvania Ballet.

When DJ Ben Arsenal (@benarsenal) appeared, spinning the 80s pop hits Bowie’s ‘Let’s Dance’ and ‘She’s a Maniac’, the heat was turned up. However, it was the 80s anthem from the Tears for Fears hit ‘Everybody Wants to Rule the World’, along with ‘Footloose’ and ‘She’s a Maniac’ from the movie Flashdance, that propelled everybody to their feet.

With 80s club-kid drag and inspired fashion, guests took on the personas and themes of the times with their own stylish moves.  Notable outfits of the night included couture from the 80s, a Madonna inspired ballet skirt, a rainbow dance wand, and of course, Olivia Newton-John ‘Let’s Get Physical’ headbands. Meanwhile, Bryan Park, a solid-gold Balletomane, was rocking with hand dances against the Philly skyline.

But most of the participates were in their Saturday night at home outfits, busting out dance moves and even jitterbugging ala American Bandstand. Not to be left out, two young women were styling on their deck with rebooted 60’s frug and jerk moves.

From boomers to ballet dancers to neo club kids everyone pulled out the iconic Travolta disco pose from ‘Saturday Night Fever.’ Who knew? There was even a vague attempt at vogueing by a gay couple that proved too scary for their dog who hid behind the couch. One straight couple danced around their room as smoothly as Fred and Ginger, then swayed intimately before they ZOOMED out.  On some outside decks, there were flashes of Bristol Stomp bop steps that still turns up on every wedding dance floor.

The SU&Dance 80s Virtual Party offered a look into”the new normal” of Philly dancers during this shelter at-home emergency. The cross-section of social dance distancing ended up hitting the match goal and was certainly one for the dance anthropological books. In other words, Philadelphians were ready to party and support MANNA, which in the end is what it was all about.

Shut Up & Dance 2020 benefit performance had 100 Zoom participants and raised $11,090. All the donations were matched. 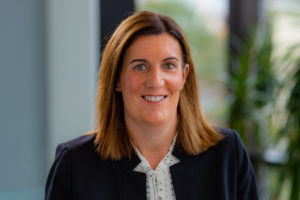 Sue Daugherty, CEO of MANNA spoke last week about the organization’s relationship with the Pennsylvania Ballet and the dancers who not only work for months to make Shut Up & Dance a successful fundraiser but volunteer their time at the organization. “This would be the first year that we had to cancel the show,” she said,  “one of the most difficult things I had to do. Knowing this history of Shut Up & Dance, how it started because of the HIV-AIDS epidemic,”

In February, Sue Daugherty was already discussing contingencies plans with colleague Rob Saxon about how MANNA would continue to operate in the face of a city-wide pandemic, delivering specially designed nutritional meals to their clients.  They had ordered extra food supplies in case things were about to get worse. When Governor Wolf put all non-essential businesses on lockdown, MANNA was as prepared as they could be.

“In the first phase of this epidemic, everyone was scared. We didn’t know what to do but we knew we were serving the most vulnerable, and that with just a trip to the grocery store, they could contract this virus. So we knew we could not disrupt our services.”

“We were also very concerned that if someone contracted the virus at MANNA we would have to close for two weeks for quarantine,” and noted that at the same time “we had to figure out how to increase production by 40% more meals with 70% less of a workforce while practicing social distancing.”

“Going back to our history, going back to how and why we were founded during the AIDS crisis…that was certainly motivating. We have volunteers today that were here at the beginning. They have been huge champions.”

It was still a daunting task. They were having to make daily adjustments, but nonetheless, the production and the service required were still being increased. They lost several drivers with the pandemic as many of them were volunteer seniors who on the advice of doctors needed to stay at home.  Daugherty sent out a call for drivers and the community of younger MANNA volunteers stepped up.  At all times safety guidelines and new drop off rules had to be observed.

When there was an interruption in food supply deliveries to the MANNA kitchens, Daugherty and her staff worked with their vendors who did what they could to fill in the gaps. “All of the suppliers have pitched in during the crisis.”

Daugherty had to strategize on how to modify every aspect of their operation to maintain social distancing while conducting food preparation, packaging, and delivery. A kitchen staff member was even assigned for just the arduous work of real-time continuous deep sanitation for all touch surfaces. The choreography of kitchens has to be a well-oiled machine and the smaller MANNA team rose to the challenge without pause. Even the office staff was now pitching doing food and packaging preparations as well.

Daugherty said that by the third week they were running at a capacity that they never thought possible and continuing to make adjustments so as not to turn anyone away. Through all this, they were still getting more calls about the availability of MANNA services.

Patients are usually referred to MANNA by physicians or health care professionals. Individuals who receive meals are homebound, and living with life-threatening illnesses including HIV-AIDS, cancer, diabetes, and now Covid-19.  Meals are designed specifically to address the nutritional needs of each patient. The process usually requires an in-person consultation but MANNA has also now shifted online to streamline its handling of clients. To learn more about MANNA or how you can donate or volunteer go to www.mannapa.org

PrevPreviousPhiladelphia’s Asian-American Artists contend with loss & racism in the wake of Covid-19
NextWill this be a turning point of systemic racism in dance?Next