BalletX, led by Artistic & Executive Director Christine Cox, will say a heartfelt farewell to longtime company member Caili Quan at the end of the 2019-20 Season, as she pursues her choreographic career and other opportunities in New York City. To commemorate Caili’s departure, BalletX has commissioned her first major choreographic debut to be presented on the company. BalletX is pleased to welcome this month two new company members Savannah Green and Ashley Simpson to the roster at an exciting time as the company prepares to celebrate its 15th Anniversary Season in 2020-21. The community is invited to get acquainted with dancers Savannah and Ashley via Instagram Live @balletx.official on May 18 and 19 at 12:00pm EST, when the two new company members will participate in a BalletX Lunch Break virtual chat with Christine Cox.

“It’s with great excitement for her and sadness that we say goodbye to Caili, whose personal touch has helped define the company and left a lasting imprint on our work. It has been such a pleasure working together as she has evolved as an artist and made a profound impact on our BalletX community. I look forward to remaining in Caili’s corner, supporting her transition into choreography, and presenting her work on BalletX. As we close one door, we open another, and are thrilled to welcome Savannah Green and Ashley Simpson, two smart, talented, hardworking dancers, who will move and inspire our audience,” says Cox. 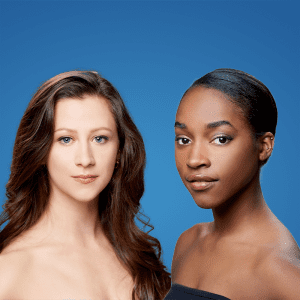 Savannah Green was born and raised in New York City, where she attended LaGuardia High School for Performing Arts as a Dance Major and Manhattan Youth Ballet on a full merit scholarship. Savannah graduated from University of California, Santa Barbara in June 2017 with a BFA in Dance, where she was a member of the Student Dance Company and spent a year performing and touring internationally. This summer, she performed at the Vail Dance Festival in Merce Cunningham’s Antic Meet, staged by Melissa Toogood. She spent a season as a Dancer Fellow with BalletX, before being asked to join as a company member for the 2020-21 15th Anniversary Season.

Ashley Simpson is originally from West Palm Beach Florida and trained at A.W Dreyfoos High School of the Arts and her local dance studio, School of Ballet Arts. In 2016 Ashley became a Young Arts Winner before moving to New York City to train at the Ailey/Fordham BFA program majoring in Dance and Communications. During her time in college, Ashley performed the works of such choreographers as Dwight Rhoden, Alvin Ailey, Bradley Shelver, Nijawwon Matthews, Janice Rosario, Troy Powell, and Hope Boykin. In 2019, Ashley was awarded the Denise Jefferson Memorial Scholarship, representing her class at the annual Ailey/Fordham benefit concert. Additionally, Ashley joined ‘XY Dance Project,’ a project-based company directed by Nijawwon Matthews, performed with the Alvin Ailey American Dance Theatre, and was a trainee/apprentice for Complexions Contemporary Ballet, performing with the company during their Joyce season. Most recently she was a part of the dance ensemble for the movie production of Lin Manuel Miranda’s In The Heights, which comes out in 2021. To supplement her training, Ashley attended Jacob’s Pillow Contemporary Program, Arts Umbrella, Alonzo King Lines, Juilliard, Orlando Ballet, BalletX, Central Pennsylvania Youth Ballet, Joffrey Chicago and Next Generation Ballet summer intensives. During her senior year at Ailey/Fordham, Ashley joined ‘Collage Dance Collective’ and was able to work professionally and tour internationally while finishing her last year of college. While at CDC, Ashley performed the works of Kevin Iega Jeff, Amy Hall Garner, Darrell Moultrie, Joshua Manculich, and Kevin Thomas. Ashley is thrilled to be joining BalletX and is excited to experience the City of Philadelphia.