La Bayadère and the Footprint of the Indian Temple Dancer 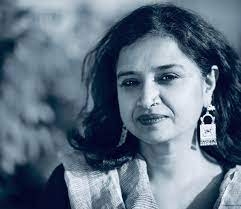 Pennsylvania Ballet’s La Bayadère has faced some strong criticism, including a petition that went around even before it premiered demanding for it to be shut down for perpetuating orientalism and racism.  I was scheduled to see the ballet this weekend but Coronavirus, instead of the petitioners, shut it down.  Since I was one of the consultants for the show whose name was mentioned in the petition, and I am a dance anthropologist (who has published extensively on Indian dance) and a cultural worker, I wanted to shine some light on the matter.  Also, because Courtyard Dancers (the company I direct) produces the only South Asian dance festival in Philadelphia (called Facing East), dedicated to presenting artists from our community, I felt a dual imperative.  Since one can say a lot on the subject, I have focused on two themes: my interactions in the studio space (The rehearsal space) and creating a transnational discourse (Intertwined histories).

I want to say upfront to the petitioners and others who have contributed to the discussion regarding racism, stereotyping and tokenism, that I am in full control of my intellectual and cultural agenda.  Moreover, I do not take lightly judgments about my work with PA Ballet as some kind of thoughtless pandering to the powerful white dance establishment in Philadelphia.  I went into this process with Angel Corella, the artistic director of Pennsylvania Ballet and La Bayadère, to make a difference in the binary ways of thinking about dance, racism, and dance history.  The oft-repeated binary of the west vs the rest limits nuanced conversations and we (of the non-west) are homogenized as people of color, which itself is a neo-orientalist construct.  “We” are not identical, de-historicized, de-placed, de-classed, de-ideologized dark bodies whose only function and identity is to be a foil to the “normal” they of white America.

The ballet La Bayadère in this sense is as much about an orientalist vision of Marius Petipa and the imperial history of ballet as it is about the erasure of the temple dancers from the national history of Indian dance.  The relevance of La Bayadère to a person like me, a researcher who has looked at the intersections of orientalism and Indian dance history, is immense, not only because of its artistry but also because of its historical significance as an artifact.  Therefore, my work in the Pennsylvania Ballet studio with the students was not just about teaching them some Indian dance movements and gestures (which I did and very much enjoyed), but was also about how to think critically about elite and essentially white dance forms like ballet in a pluralistic and globalized world.  Since I face the same challenges with the form I practice, classical Kathak and its exclusionary history, orientalist vision, stereotyping, casteist, sexist, and communalist politics, this was an important cross-cultural intervention to open up dialogue.  Unfortunately, classical Indian dance artists rarely, if ever, acknowledge their own privilege, class, and caste positions, and the blatant appropriations of dance that have happened and continue to happen in the elite Indian dance world.

I approached my role as a consultant with this sensitivity and self-reflexivity. Interestingly, one of the main male dancer for La Bayadère was a ballet dancer from China, who immediately unsettled the assumed binary of east and west.  The studio space felt international–Angel himself being from Spain, with East Asian and Latino dancers intermingled with white American dancers, and I the Indian consultant, it was quite a medley.  I approached the class/rehearsal as I would if I were to do a workshop on Indian dance for non-Indians anywhere, showing the dancers movements while contextualizing them.  I shared with the class the Hindu and Muslim lineages of classical Indian dance through motifs of salutations, the meaning of fakirs and Brahmins (who are represented in the story), and their religious identities and social status. Needless to say, fakirs and Brahmins are represented in the ballet as stereotypes of orientalist imagination.  During the rehearsal, a young male white dancer passionately asked me how he could continue to dance ballet responsibly with pieces such as La Bayadère. He was conflicted and earnest and wanted to learn and absorb.  I mention this as an example, because in the dance world we are often focused on the product and not the process of learning.  As a result, we forget to give agency to the dancers and students who are also thinkers and actors engaged with the productions.

I am well aware of the imperialist history of ballet and the controversies that surround La Bayadère so there is no point repeating what is out there.  The question for the ballet world in the 21st century is what to do with canonical works such as La Bayadère that are classics but are also part of 19th century orientalism.  The questions of subversion, changing the storyline, using more collaboration can all work to change the Indian stereotypes perhaps for this ballet, but then it will no longer be the historical artifact that it is.  Angel Corella tried to address this intricate balance of dealing with orientalist representation and keeping the choreographic artistry as accurate as possible.  For some, it worked perfectly; for some, it worked partially; and for some, it was unacceptable to even try.  For a thoughtful critique see https://criticaldance.org/pennsylvania-ballet-la-bayadere/.

For me, this delicate negotiation was important to keep the historical footprint of the temple dancer alive.  It is important because the temple dancer was not an imperial orientalist fantasy.  She was real.  The dancing girls or courtesans in India were variously known as devadasi, tawaif, baiji, kanchini, and nautch.  We read about them from British colonial travelogues and Indian court records.  Theophile Gautier, a famous art and literary critic was mesmerized by the temple dancers, especially a dancer named Ammani, when a group visited Paris in the mid-19th century.  He described them as the epitome of beauty as “…in our minds the very word Bayadère is an ideal of sun, scents, and beauty”.  Marius Petipa, the French choreographer of La Bayadère, was equally inspired.  They did not know or understand what they were looking at, but found it aesthetically gorgeous.  Their problem was ignorance, not denigration.  In fact, Joep Bor writes in his essay ”Mamia, Ammani, and other Bayadere” (2016),  who visited France in 1838, that it was the first professional Indian dance group that took the long journey to the west and the devadasis were presented with utmost respect as ”priestesses” rather than common dancing girls or public prostitutes.

However, in Indian dance, the temple dancer is a pulsating ghost of injustices and silenced voices.  The colonial and nationalist history of India banished the temple dancers and her dancing sisters from the national stage and they were degraded as prostitutes, a stereotype and stigma that still plagues these communities.  After a long social campaign, the dancers were erased from the official history of Indian classical dance.  The complicated history of the eight different so-called “classical” Indian dances and issues of categorization and appropriation by elite Brahmin women and men are finally becoming subjects of some importance for dance scholars.  For me, this interaction with PA Ballet was an ideal opportunity to bring this debate to the mainstream dance culture.  Angel Corella’s inclusive vision enabled me to share this history on many forums.  He enabled a transnational discourse to emerge that made La Bayadère relevant and contemporary despite being an orientalist fantasy.  I shared some of these ideas in the panel that was organized at PAFA on orientalism, in interviews with some media outlets, with audience members at the prelude of La Bayadère, and with the young passionate and talented members of Pennsylvania ballet.

As far as representing the Indian dance community in Philadelphia is concerned (which the petitioners to shut down La Bayadére suggested they are), I doubt that any single individual or group is entitled to or capable of playing that role.  The Indian diaspora is too diverse and we only reflect our own positions and interests in what we say.  In the globalized world of the 21st century, I don’t think a 19th century ballet will be seen as representative of India even to the most uninterested outsider.  Meanwhile, Indians are making ballet their very own as La Bayadère had made India theirs, inclusive of racism, cultural appropriation and all.  I suggest you see the Hindi film “Yeh Ballet” (streaming on Netflix), where young and underprivileged India pushes back against the elite Indian dance world using ballet.

Pallabi Chakravorty
Guest Author & Contributor at The Dance Journal
Anthropologist, dance artist, and choreographer Pallabi Chakravorty studies performance in India.She does fieldwork in Kolkata, Mumbai, Pune, and Ahmedabad.Her first book (Bells of Change, 2008) is on Kathak, the classical dance form of North India.Her recent book (This is How We Dance Now, 2017) is on dance reality shows.She has co-edited three books: Performing Ecstasy in 2009, Dance Matters, also in 2009, and most recently, Dance Matters Too in 2018.She has published dozens of journal papers and book chapters, edited a proceedings (Dance in South Asia, 2002), and an ethnographic film (Kathak in the City).Her training in visual anthropology and Kathak allows her research and choreographic projects to be deeply interdisciplinary.Her works bring together the visual and performing arts, history, anthropology, film and media studies, and gender and postcolonial studies.

Pallabi’s research and writing on the transformation of Indian performing arts has forged an original and critical approach to contemporary dance studies that challenges the western epistemological gaze. Her new project on Yoga, performance, and healing combines medical anthropology and physical practices.She hopes to break new ground with this work.

Pallabi founded Courtyard Dancers in 2000 to make dance works that express a postcolonial modernist voice.Her choreographies are based on historical and contemporary events in India, such as partition, the anti nautch movement, globalization, migration, and violence.Courtyard Dancers is a non-profit community-centered arts organization (with branches in Philadelphia and Kolkata) interested in developing dance/movement for cultural literacy and empowerment.It hosts the first and only dance and music festival devoted to the South Asian diaspora in Philadelphia (Facing East, presented in 2015 and 2017).Several videos of her choreographies are on the company website.