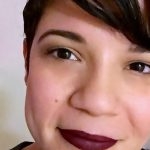 A woman in white stands onstage, the embodiment of composure and regality. She knows that soon enough, she will have men falling at her feet. And so begins Martha Graham’s Diversion of Angels, the first piece in an evening dedicated to celebrating women. This year marks the 100th anniversary of the ratification of the 19th amendment, which guaranteed women the right to vote. In response, Martha Graham Dance Company created the EVE Project, a program highlighting female power. Diversion is joined by two other Graham works, as well as a work-in-progress by contemporary tour de force team Bobbi Jene Smith and Maxine Doyle. Each piece connected historical and contemporary themes surrounding ideas of the feminine.

Diversion of Angels, at its foundation, is a study on the many facets of love. Three women command the stage: one in white, one in red, and one in yellow. The woman in white, symbolic of mature love, moves fluid and composed, as men flock to her and cartwheel around her in joy. The romantic woman in red slashes her way across the stage, a raised leg cutting through space, as she swiftly moves from place to place, flighty, humorous, and strong. And the woman in yellow, feeling the emotions of young love, simply floats-fearlessly jumping with seemingly no effort onto the shoulder of the man she loves. All distinct in personality and movement style, they together build a lyrical narrative about searching for connection. There are layers in this piece, like the sweet coffee-tinged flavor of tiramisu: a revelation of one’s inner landscape while reflecting on the many types of love life has to offer.

In Ekstasis, a woman stands alone in the center of the stage, with only a single spotlight to illuminate her movements. She wears a light-colored, long-hemmed restrictive garment, but this is not a hindrance. Instead, it is an opportunity to explore the relationship between shoulder and hip. The pelvis and upper body gyrate, creating a wonderfully sharp silhouette. This is a woman in the midst of self-discovery. The restrictions placed on her body by what she is wearing hold no bearing in this moment, as she moves distinctly, arms and hips carving the space with the clarity of the Caribbean. Somehow, the movements are made of both flesh and steel-a woman epitomized.

Bobbi Jene Smith and Maxine Doyle’s preview of their haunting work-in-progress, Deo, referenced women’s roles in mortality and death. Women continually moved from one pose to the next as the stage lights alternated from full lighting to blackness. Eventually, the lights came on and remained, as everyone onstage lay prostrate on their backs, evoking openness and fragility. Within this piece can be found flawless transitions and highly technical dancing. Most of all, in keeping with the Graham tradition, Deo contained a dazzling complexity of emotional structure that elicits a deeply visceral response.

Still relevant in 2019, Graham’s all-female Chronicle ended the evening. Created in response to the rise of fascism in 1936, Chronicle is a stark social-protest piece in three acts where movement and meaning tap into the universal tragedy of war. In the first act, titled Spectre-1914, a lone dancer sits, a voluminous black skirt surrounding her. As militant drums sound, this harbinger of war deftly manipulates her skirt, flaring it upwards like giant wings on a bird of prey. Eventually, the skirt is turned inside out to reveal a blood-red lining that is quickly wrapped around the body, transforming the dancer into an imposing specter of war. The final two sections, Steps in the Street and Prelude to Action, evoke the measured geometry of military marches. Women in black crossed the space in rigid lines, springing up in small jumps and tucks.

At its heart, this evening honoring the multiplicity and strength of women was a portrait of the human condition, meaningful in 2019 just as Graham’s works were in the 1930s and 1940s.

Courtney Colón
Journalist & Contributor at The Dance Journal
Courtney Colón is a creator, educator, mover, and artist-activist. She holds an MFA in Dance from Hollins University, where she studied in Virginia, New York, and Germany. Ms. Colón completed her BA in Dance from Stockton University, graduating with distinction in her program. Courtney’s senior work, “I Am My Own,” was selected to represent Stockton at the American College Dance Festival in 2015. Courtney has taught and performed extensively throughout the United States. Her choreography and lectures have been presented in NY, NJ, PA, DE, NC, and VA. In 2010, Ms. Colón founded pillardance company, a dance collective based in Philadelphia, PA.