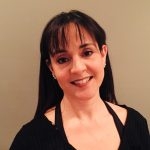 The issue of bullying is at the forefront of organizations that provide education and care of students of all ages. Bullying prevention at school has been researched and promoted in training for organizations that seek to put the mental and physical health of its students as a priority. Great emphasis on peer-to-peer bullying is provided in both training and school environments. In recent years, a closer look has been placed on examining intimidation that may occur by a teacher or coach in school and university environments. Recent events in major dance companies have also brought this topic to the table of school directors and administrators. However, the dance education world continues to lag behind.

This is not to say that this topic is not being addressed.  However, we all know that it takes place and it has been a practice for decades. It has been hidden behind “asking for excellence of the student” or “being honest with the student”.  The most concerning of these bullying behaviors is what Signe Whitson, L.S.W. refers to as “The Angry Smile” in her book “The Psychology of Passive Aggressive Behavior in Families, Schools, and Workplaces”.  She explains that one main form of behavior that a bully may engage in is passive-aggression as it can be most “powerful”.  Alan McEvoy, Ph.D. from Wittenberg University, defined ‘bullying by teachers’ as a pattern of conduct, rooted in power differential, that threatens, harms, humiliates, induces fear, or causes students substantial emotional distress” (2005). This raises the question as educators if we are looking to lead by implementing fear or knowledge?

Sadly, in dance education, we continue to observe a substantial number of instructors in pre-professional programs continuing to use excessive power or passive-aggressive behavior to “correct students” in order to “make them the best” as dancers. In many cases, this behavior is the result of personal frustrations or learned patterns from when they were students and experienced this form of intimidation. Other peer instructors support this behavior by remaining silent and not reporting it to administration. Some will hide this behavior by claiming that students in dance need to create “tougher skin” to remain in this business.  At what point is this enough, no longer creating a stronger dancer or preparing the student for a career as a professional dancer,  but to the contrary is debilitating the mental health of the individual?

Parallel to peer-to-peer bullying, bullying by teachers is an abuse of power that usually occurs in public in front of the other students in the class.  The student is expected to remain silent and just follow the instructions of the dance teacher. This form of correction does not provide any educational value to the student and is only a source of humiliation, creating anguish and distress on a repeated basis. This type of behavior is known to have occurred for an entire class period, or even every time a student attends class or rehearsal. Usually, the teacher single outs a student because there is a vulnerability or the student tends to be quieter and therefore less resistant. Other students in the class are usually aware of these situations, which can occur on a regular basis.

What makes this bullying behavior harder to detect by administrators is the rationale used by the teacher in explaining what has occurred. The teacher exhibiting such behavior is usually prepared to deflect any criticisms. For example, a teacher may respond to a graveness as “I have corrected multiple times, and I get no reaction from the student” or “I’m just trying to get the best of the students each time they are in class”.

What dance school administrators and supervisors must look is for the systematic abuse of power.  Sarcasm is also another practice used by the teacher committing the bullying – the “angry smile” or “backhanded compliment”.  Sarcasm directed at children is not understood fully until much later in their years.  Sarcasm used by the dance teacher is a poor means of correction and offers no benefit. Administrators must also watch for teachers that are extremely nice to the class once the parent or another teacher/supervisor is in the room, but present their alter-ego when alone with the class or an individual student.

Recently, Dance Teacher Magazine, in an effort to raise awareness of bullying behavior, published an article in which three dance studio owners shared their perspective in how to stop bullying at the studio (Oct. 2018), and another article, “Is Your Teacher a Bully or Just Strict? 10 Ways to Tell the Difference” (Jun. 2018). Additional publications are needed to create even greater awareness. Doing the right thing for your students should be motivation enough to make changes and put policies in place. However, if you believe that this is “the way it has always been”, one might want to take a closer look at recent events with the largest ballet companies and their inaction in questionable activities by their staff, students, and donors.

The Supreme Court’s ruling in Davis v. Monroe County Board of Education established criteria that deemed a school liable for overseeing the prevention of bullying in their schools. It can be argued that a dance school/studio should be accountable in the same manner. Some of the contemplations that a court would examine in case of a claim would be if the school had a formal way to evaluate their staff. As the administrator, you want to be able to respond to the following questions: Was the school aware or indifferent to such conduct? Did the school exercise control to prevent further behavior by harasser? Was the response from the school to the allegations done in writing? The dance school should have written policies in place that not only deal with peer-to-peer bullying but teacher-to-student bullying. If the dance school/dance company/dance program is not taking such steps, they are part of the problem and may be liable for any consequences or claims that arise out of any bullying.

Dance is a lengthy and challenging process. Educators are placed in this position as teachers to guide and develop the student’s given talent. Let us do this with kindness, humility, and always with the wellbeing of the student in mind. Remember, the experience you provide will shape their lives forever. Help them be the best they can be as dancers but most importantly as happy and healthy human beings. For the dance educators and administrators out there that are already doing this, let us continue to be vigilant!

Blanca Huertas-Agnew
Journalist & Contributor at The Dance Journal
Blanca Huertas-Agnew began her training in Puerto Rico and was a Principal Soloist at Ballet de San Juan and performed in her native Puerto Rico, United States, Central America, South America, and Europe. Blanca is an ABT® Certified Teacher, who successfully completed the ABT® Teacher Training Intensive in Primary through Level 8 of the ABT® National Training Curriculum. Her students have been accepted to International Programs such as the Royal Ballet and Paris Opera Summer Programs as well as national programs such as American Ballet Theatre Summer Intensive, The Cuban Classical Summer Intensive at The School of Ballet Hispánico, The School of Pennsylvania Ballet, and Ellison Summer Intensive in NY. Blanca was the founder and Artistic Director of Pennsylvania Ballet Arts in Chalfont, PA. Blanca also has a bachelor’s degree in Business Administration from Temple University with a concentration in Risk Management & Insurance. Most recently Blanca became certified to teach Progressing Ballet Technique Junior thru Advanced level. In 2017, she received the Howard Gilman Fellowship Award at Jacksonville University where she is currently completing her MFA in Choreography. www.blancahuertas-agnew.com