On October 13, 2018, The Philly Sirens Dance Company held their 5th Anniversary Celebration with a “Dance Networking / Competition” called 50 Shades of Dance.  This initiative was an attempt to bridge the gap in the east coast dance world by bringing together and fostering collaboration opportunities for dancers, choreographers, performance artists and various local business establishments. Over ten dance acts competed for a $500 cash prize before a stellar selection of dance judges, including Shane Sparks from the series America’s Best Dance Crew and the feature film “You Got Served”.  Other celebrity judges included Akira Armstrong of the Pretty BIG Movement as well as America’s Got Talent, TashB who has toured with Beyonce amongst many others, and Philly’s own Dee Truth, who has also been rehearsal director for Invincible as well as the founder of (DEE)stress Clo and icDEEbrand. 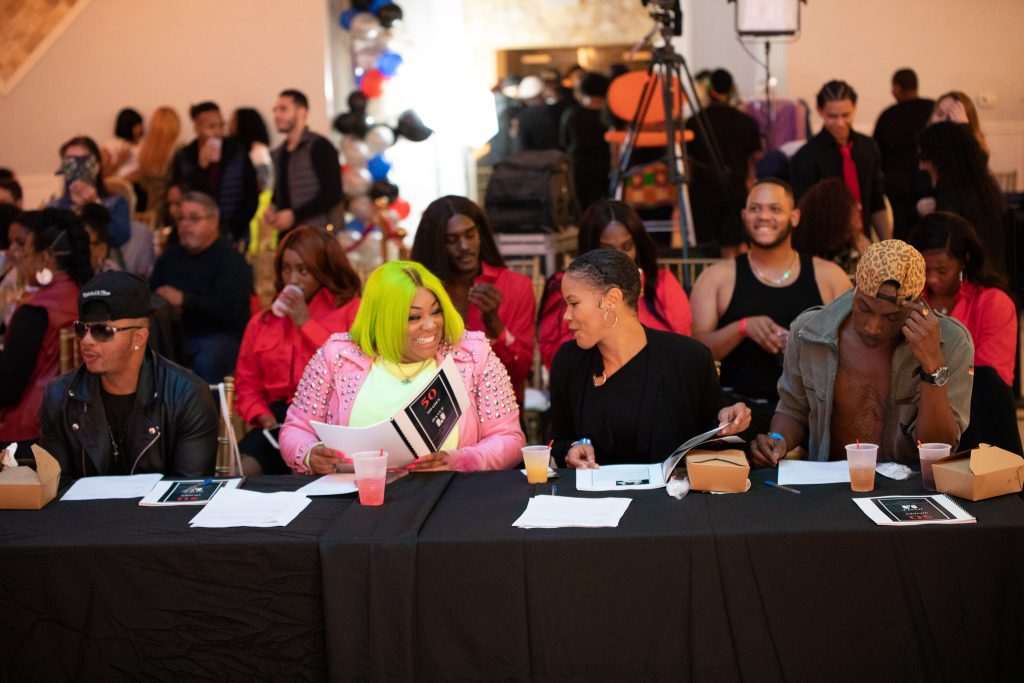 This celebration was a testament to its producer, Lindsay “MisaBlue” Pulley, who is also the director and choreographer of Philadelphia’s all-female hip-hop dance company, The Philly Sirens. The Sirens promote women’s empowerment, sisterhood and the overall love for dance at any age, size, or race. From the very start of the evening, it was evident that MisaBlue has had a significant impact not only on this community of performers but also area businesses, which filled the outskirts of the performance space with their display tables and products at The Victorian Banquet Hall on Germantown Avenue in Philadelphia. The event was more of a happening with a live DJ, food and drink, and the occasional freestyling as a packed audience waited for the competition to begin. The energy and positive atmosphere were simply infectious as the audience, judges and performers all mingled and moved to the beats. 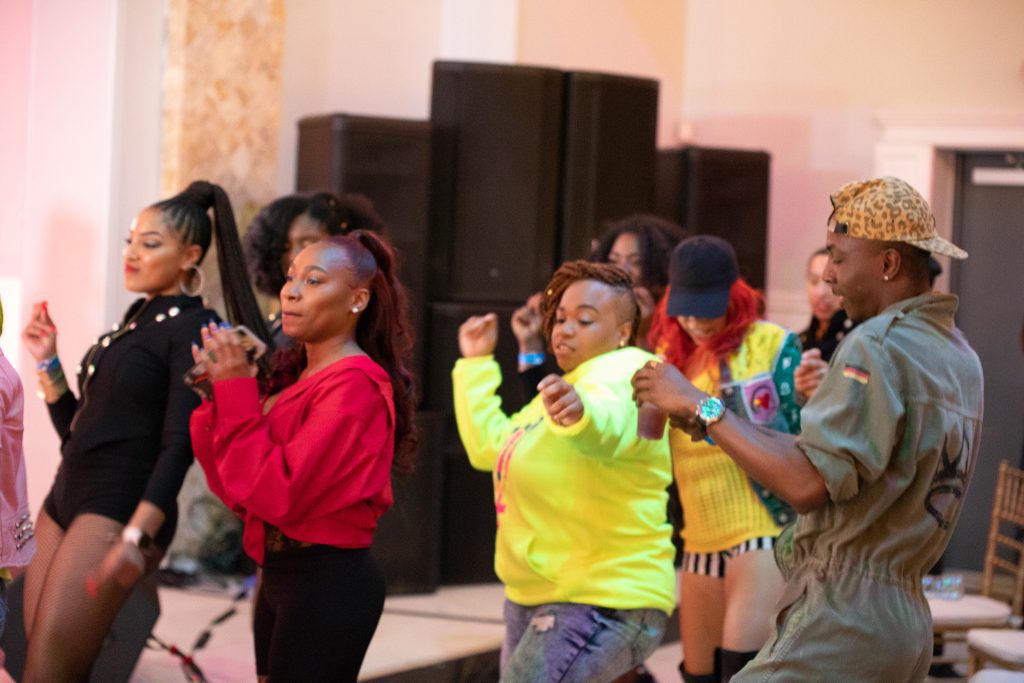 Eventually, the evening’s performances kicked off, emceed by BrownSuga Bee and a music performance by JazzyLayse which then led into a high energy, fast paced and tight company number by the Philly Sirens and Triton Dance Company combined.  The audience cheered on throughout the number, showing their affection for this Philadelphia favorite. 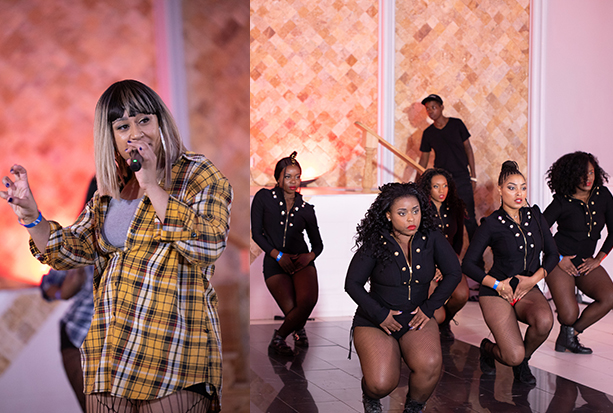 The first two competitors were KixCurt and Divine Dynasty. KixCurt featured a talented duo, Kiara Dominique and Curtis L Creations who began their dancing at Kean University, evolving to music videos and live performance.  Divine Dynasty is a collaboration of four dancers, Amber Rudolph, Eddy Sainmervil, Jr., Saah Kissi, and Marjo Bona who specialize in African, Carribean, Socca and Dancehall style movement, which they carefully wove into their routine as a celebration of their culture and heritage. 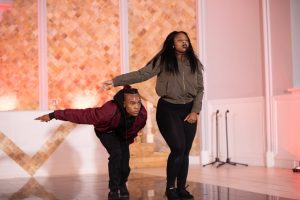 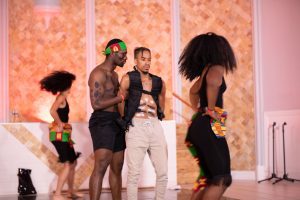 Interspersed between competitor’s performances were solos by Siren’s members Angelica Spillis (tap) and Tiara Canizares as well as a fashion presentation by Smooches Models under the direction of Chante Bradley, which empowers curvey women to be confident, bold and have an impact on their communities.  A music performance featured B.Aquarius with the Philly Sirens and Tritons, which was one of the evening’s highlights. 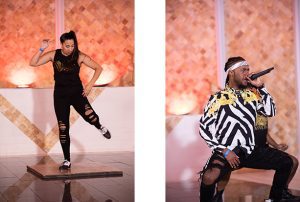 Eventually, the competition continued with the four member female crew, Step and a solo competitor Christopher Anderson. Anderson whose style is hip-hop animation was recently selected for the Man In Motion short “This is Me” in New York City. 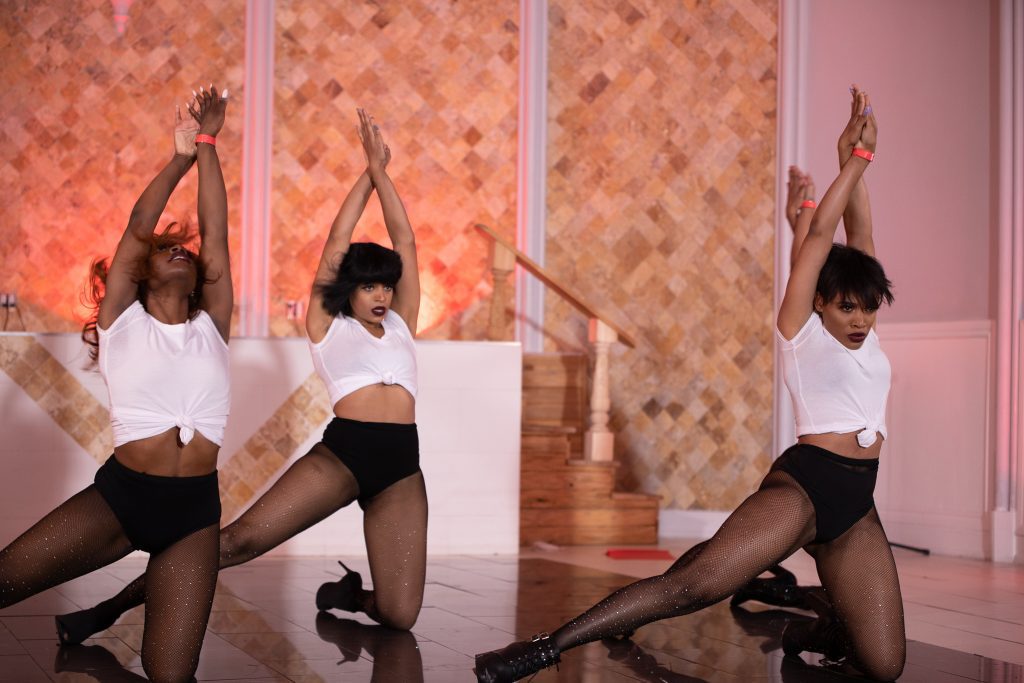 After a music performance by E the Boss, a solo by Brendan “B. Shade” Sams, and a rousing solo by MisaBlue, two Philly crews competed, Unserenity, founded by Errick Brown in the basement of a South Philly high school,  and X-tasty. created in West Philadelphia under the direction of Tahj Richardson. 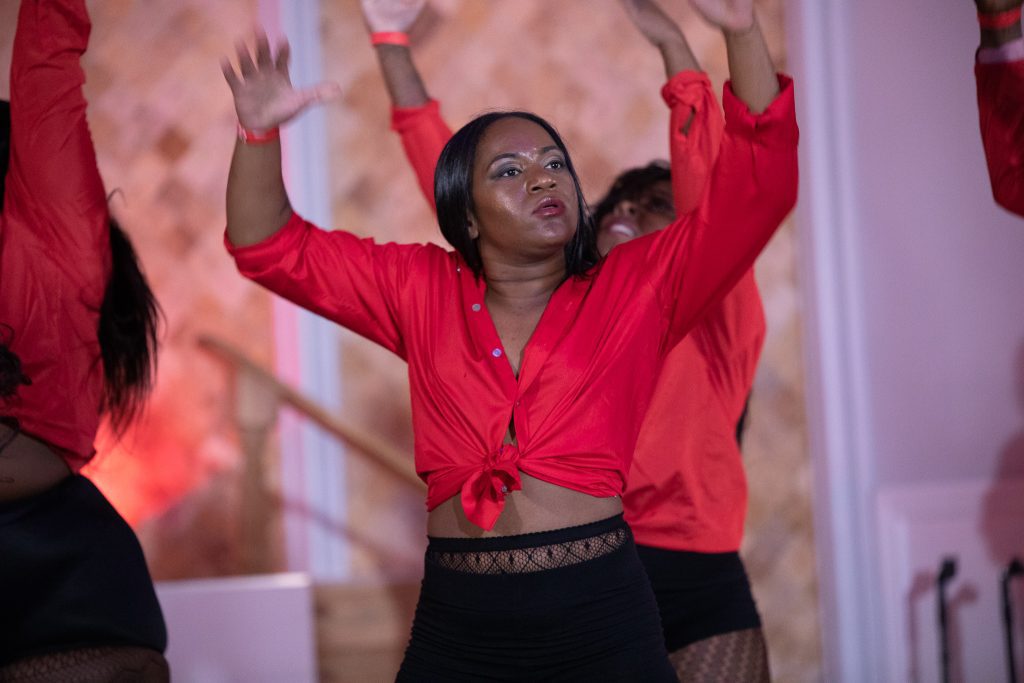 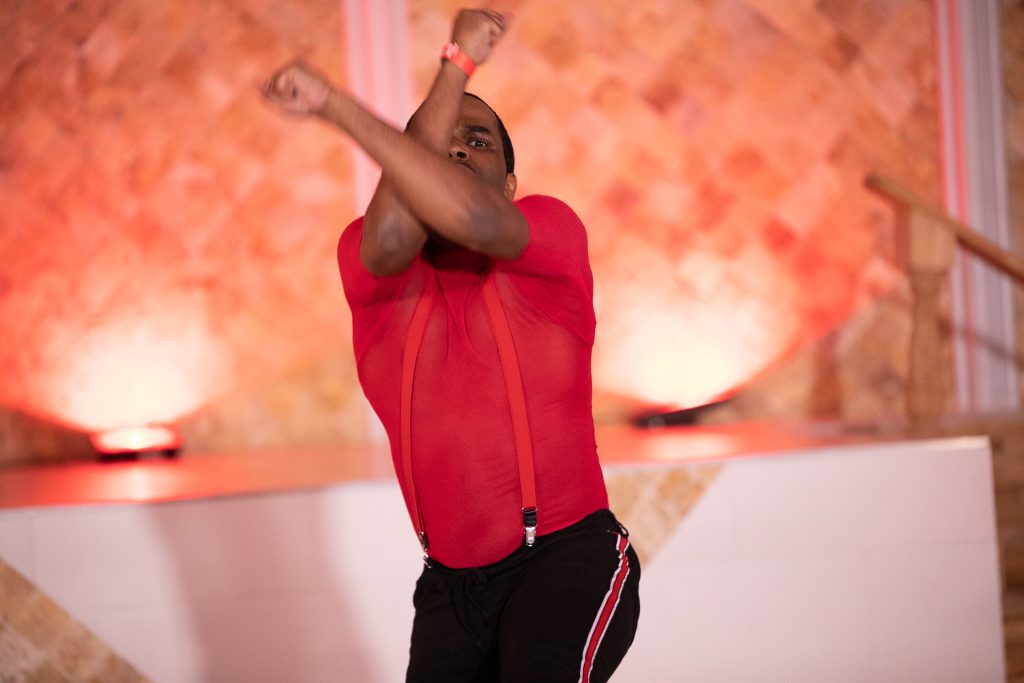 The Philly Sirens and Tritons both as company and soloists continued to present well-received sets. A music performance by Big Tone aka P.A.N.D.A, whose stylings seem to be a mix of old school and new hip-hop, offered orignial music that had the crowd pumping. 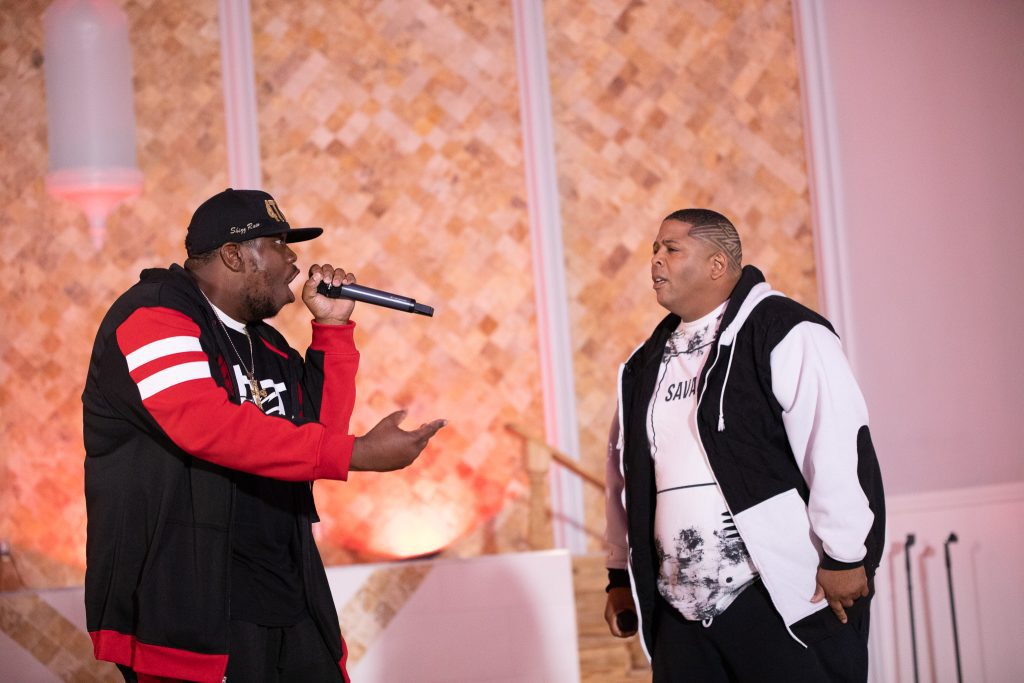 The evening finished out with three final competitors geeG,  R.E.A.L.E., and  L3GACY.  geeG hails from Washington, D.C., while R.E.A.L.E was founded in Philly by Eric “Mr. B Eazy” Wood, Allan “Lockadyle” Parker and Sean “Casanova” Wynes and choreographer Dorsey “Dcypher” Teagle.  R.E.A.L.E featured tight choreography, excellent syncopation and was thoroughly entertaining.  The five-member crew L3GACY capped off a great evening but the takeaway winner of the night was geeG, whose solo performance had the judges beaming. 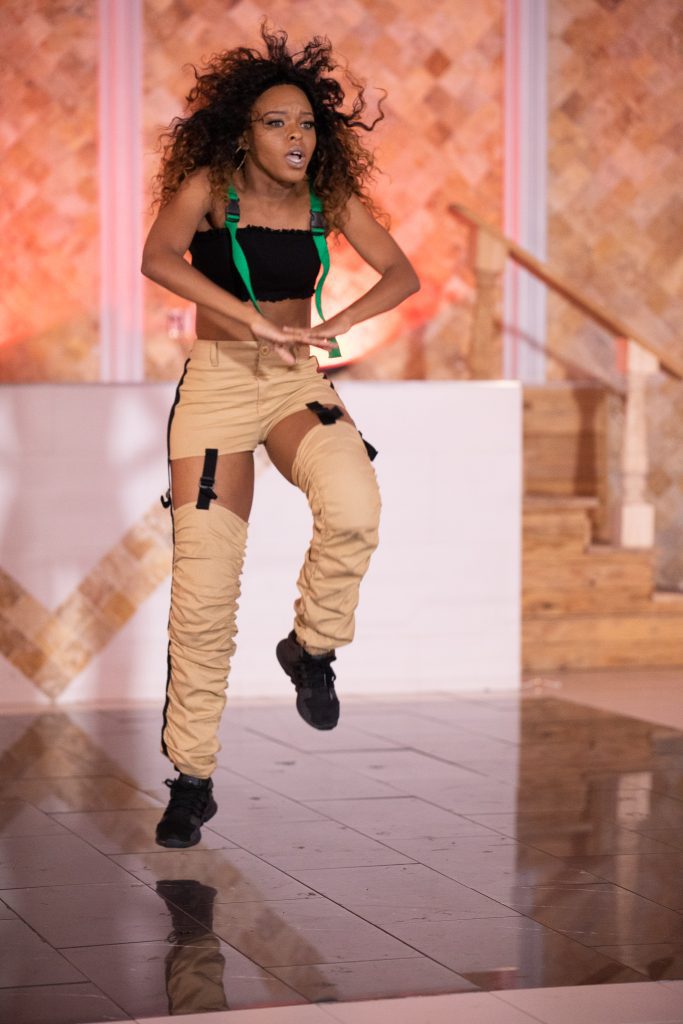 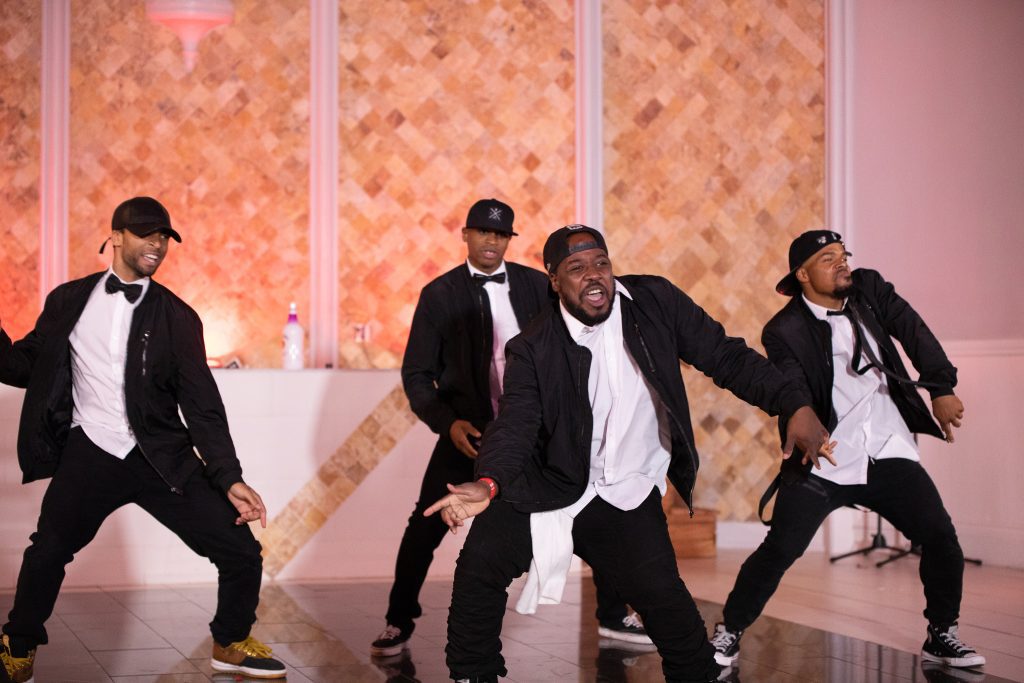 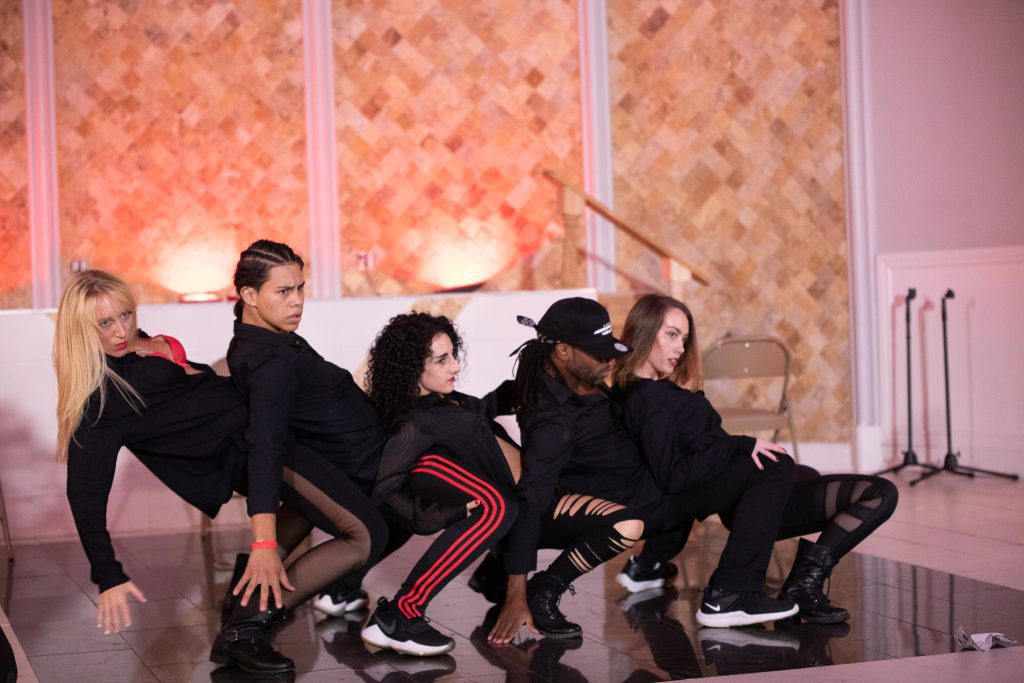 While it was an almost three and a half hour performance, there were no down moments in this high energy production. As the winner was announced and all of the performers took to the stage for a final bow, a special tribute and award were bestowed on MisaBlue, acknowledging her accomplishments in the community. It was clear that Misa and all the performers and vendors were looking forward to what the next five years may have to offer!