Tangle Movement Arts’ In The Forest 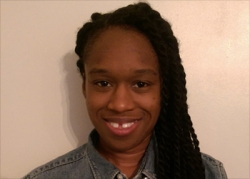 by Dominque Jolly for The Dance Journal

The Philly Fringe Festival continued with the premiere of In the Forest performed by Tangle Movement Arts at The Sanctuary at the Rotunda, with performances running through from September 15th.

The stage is set as a scientist weaves her thesis, encapsulating a variety of subplots and leading the audience across multiple worlds, from a farmer with scattered thoughts to a traveling musician, and even a sphinx.

In the Forest offered the audience a unique 360-degree view of the aerialists as opposed to a typical proscenium stage set up.  Set designer, Jenna Reece, utilized the circular shape of the Rotunda to create separate spaces for the performers to rotate through. The tree-filled forest was actually constructed of yarn, allowing performers to step through, under, and over woven pieces built into the set. The audience was encouraged to move freely throughout the space. Lighting was used to gently guide people towards specific performance areas.

The show began with two women singing while one strummed a ukulele. The duo also maintained a role similar to that of a narrator. They were quickly joined by other characters around the room. The soft music and inviting voice of the first speaker then lured the audience into the forest.

The round space was married with the levels of aerial dance. For this show, Tangle utilized silks, a swing, and a hoop. Performers twisted up and down, offering a variety of levels and textures for the audience to follow. One moment the focus is high above the audience and then one is drawn to executed poses closer to the ground. Throughout, the aerialists maintained beautifully pointed toes, extended limbs and displays of balance and virtuosity.

At one point, two aerialists performed a duet but their unison appeared to be briefly broken. It was quickly corrected with the cohesiveness expected for a duet.

At times, two characters would be speaking simultaneously, weaving the show’s multiple storylines. Their voices carried, but not enough to distract from one another. Towards the end, one character had to strain a bit to be heard over the music. Still, Tangle succeeded in holding the audience’s attention without additional amplification.

As the show concluded, the scientist exhibits a bit of writer’s block, her sentences of yarn no longer weaving together. She enlists the help of a sphinx, a mythical creature,  to protect her ideas as music from the opening phrases is brought back, this time performed by the entire cast.

Dominique Jolly
Journalist & Contributor at The Dance Journal
Dominique Jolly was born and raised in Philadelphia where she studied dance at the Franklin Learning Center High School. Dominique went on to explore creative expression through writing, gaining a B.A. in English with a focus on Creative Writing from Temple University.She teaches dance to children at Scene N Action Production Company in Mt. Airy. While ballet is her forte, Dominique is versed in jazz, contemporary, and modern.

0 replies on “Tangle Movement Arts’ In The Forest”