The 2018 Fringe Festival is marked by a deepened engagement with Philadelphia, typified in part by presenting partnerships with Bryn Mawr College, the Philadelphia Museum of Art, Drexel University, Christ Church Preservation Trust, and the Annenberg Center Live. That FringeArts has continued to cultivate such partnerships for the Festival and year-round programming is a testament to its enduring history as a conduit for experimental performance, as well as the city’s ever-growing interest in the kinds of forward-thinking live works FringeArts strives to showcase.

“When the Fringe Festival began, there were very few people doing what we were doing. But the landscape continues to change,” says FringeArts President and Producing Director Nick Stuccio. “The cultural sector in our city is becoming more dynamic, which means we can team up with like­minded organizations to create more curatorial heft around contemporary work. We’re not occupying a lonely niche anymore. There are a lot more neighbors on the block, which makes it a much more interesting block.”

At the heart of the 2018 Fringe Festival programming are a host of works that invite patrons to play an active role—as decoder, as participant, as performer. The landmark public dance work Le Super Grand Continental, from Montréal-based choreographer Sylvain Émard, returns to Philadelphia to connect with residents on a massive scale. This new iteration of a 2012 Festival favorite gathers 200 local dance enthusiasts of all dance backgrounds (including none) at the foot of the Philadelphia Museum of Art steps to realize Émard’s sensational choreography. Also getting audiences moving at the PMA this September is Monica Bill Barnes & Company’s participatory aerobic dance piece The Museum Workout, which takes audiences on a fast-paced reimagining of the museum tour that will have them sweating and seeing art in an entirely new light.

Along with the aforementioned works by Émard and Barnes, the 22nd Fringe Festival features several distinct dance pieces that, together, offer a nuanced survey of the possibilities of contemporary dance. Choreographer Trajal Harrell returns to the Festival with Caen Amour, a slyly lascivious work which anchors itself in the exploitative, appropriative, late 19th-century dance known as the “hoochie-coochie.” Also returning is Boris Charmatz, a French choreographer known for redefining dance’s possibilities through formal constraints, turning his attention not to the legs and arms of his dancers, instead favoring their mouths, in manger. Striving to honor the memory of and expose a new generation to the influential New York dance artist John Bernd, who died of AIDS in 1988, Ishmael Houston-Jones and Miguel Gutierrez present an elegiac reimagining of some of Bernd’s most essential works with Variations on Themes from Lost and Found: Scenes from a Life and other works by John Bernd. Also, mining grief and loss in search of something transformative is Philly-based dance artist Meg Foley, manifesting these all-consuming emotions through exploratory movement practices in The undergird.

“We’re presenting a rich diversity of dance this year,” says Stuccio. “These are all veteran makers, but they are also disparate compared to one another. They all create from their own rather unique artistic frameworks, whether their work is informed by historical research, personal experiences, or the possibilities of movement. If you like dance, even if you tend to approach it with apprehension, this is the perfect year to dive in.”

FringeArts Curated programming is central to the 2018 Fringe Festival, in which hundreds of artists fill Philadelphia’s public and private spaces with original art in the true spirit of the international “fringe” movement. This 17-day celebration of art making offers an unparalleled opportunity to see a cross-section of the world’s and Philadelphia’s greatest arts experimenters at one time, in one city. The Fringe Festival attracts tens of thousands of attendees each year, hungry for artistic experiences that break the mold, push boundaries, and advance the international conversation surrounding performance.

Tickets to FringeArts Curated programming are on sale at FringeArts.com or via phone at 215-413-1318. All Festival shows will be on sale by August 1. 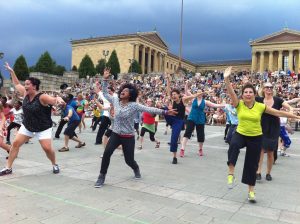 Le Super Grand Continental
Sylvain Émard
The world’s most infectious performance event returns to the front steps of the Philadelphia Museum of Art for an even larger spectacle of dance. 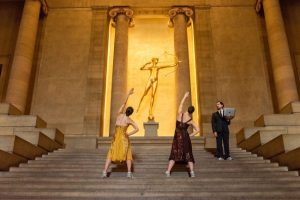 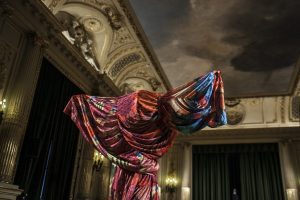 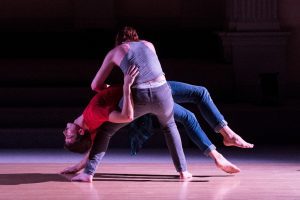 Variations on Themes from Lost and Found: Scenes from a Life and other works by John Bernd
Ishmael Houston-Jones and Miguel Gutierrez
A living legacy of dance. 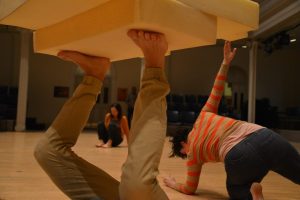 The undergird
Meg Foley
World Premiere!
A love letter to what we think we’ve lost.

manger
Boris Charmatz
Presented in partnership with Westphal College of Media Arts & Design
as part of Philadelphia Museum of Dance.
A swallowed reality, a slow digestion of the world. 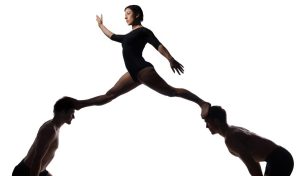 Humans
Circa
Presented with Annenberg Center Live.
A stirring exploration of what it means to be human.

PrevPreviousBalletX Summer Series 2018 Features Three World Premieres by Penny Saunders, Matthew Neenan, and Andrew McNicol, July 11-22
NextEvalina Carbonell’s Carry Me – A dance work for those we carry, those who carry us, and all that we carry inside, Sept 7-9Next