Principal
Dayesi Torriente was born in Cuba and began studying ballet in 1999 at the Pro-Dance Center, directed by the Maitre Laura Alonso, and in 2000 continued in the Provincial School of Ballet “Alejo Carpentier”. Upon completion, Ms. Torriente joined the National Ballet School under the guidance of Esther Garcia, Mirta Hermida, Ana Julia Bermudez, Ramona de Sáa, and Fernando Alonso. Upon graduating in 2009, she joined the National Ballet of Cuba, under the artistic and technical direction of Alicia Alonso. In 2011, she was promoted to Soloist with the National Ballet of Cuba. She has performed in Mexico, South Africa, Italy, Canada, Brazil, China, and Colombia. In 2015, she was promoted to the rank of Principal Dancer. Ms. Torriente joined Pennsylvania Ballet as a Soloist for the 2016-2017 Season. 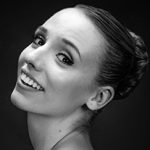 Soloist
Born in Glens Falls, New York, Alexandra Hughes began her dance training at the age of 4 at the Dance Center of Queensbury in New York. She continued her training at the Adirondack Repertory Dance Theatre under former Joffrey Ballet Principal Dancer Pamara Perry and at the North Carolina School of the Arts before joining The School of American Ballet (SAB) in New York City to complete her final four years.  Ms. Hughes joined Pennsylvania Ballet as an Apprentice for the 2011-2012 Season and was promoted to the Corps de Ballet in the 2012-2013 Season. Ms. Hughes has performed featured roles in many ballets, including Wayne McGregor’s Chroma, William Forsythe’s In The Middle Somewhat Elevated and The Second Detail, David Dawson’s The Third Light, John Butler’s Carmina Burana, George Balanchine’s Square Dance, The Nutcracker, Western Symphony, Jewels, Serenade , and The Four Temperaments, Jerome Robbins’ Fancy Free and NY Export: Opus Jazz, Nacho Duato’s Without Words, Angel Corella’s Don Quixote and Le Corsaire, Jiri Kylian’s Petite Mort, and Justin Peck’s Chutes and Ladders.  In addition, Ms. Hughes has originated many roles at Pennsylvania Ballet for choreographers such as Trey McIntyre in The Accidental, Matthew Neenan in At Various Points, Shift to Minor, and Somnolence, and Nicolo Fonte in Grace Action and Ghost Stories. Ms. Hughes has also been featured in PBS’s broadcast of Pennsylvania Ballet at 50 performing George Balanchine’s Diamonds and Margot Sappington’s Under the Sun Pas De Deux.

Jacqueline Callahan was born in Abington, PA. She began her training at age six with the Rock School for Dance Education. In 2010, she continued her training at the School of American Ballet, as well as by attending summer intensives at Boston Ballet’s Summer Dance Program (SDP) and the School of American Ballet, both on full scholarship. In 2012, Jacqueline graduated from the Professional Performing Arts School in New York. Jacqueline joined Pennsylvania Ballet as a member of PBII for our 2014/2015 Season and joined the company as an apprentice for the 2016/2017 Season. Her performances with the company include Angel Corella’s Don Quixote, George Balanchine’s The Nutcracker®, Concerto Barocco, Serenade, and The Four Temperaments, as well as Christopher Wheeldon’s Swan Lake. Jacqueline currently attends the University of Pennsylvania in pursuit of a bachelor’s degree in communications.

Emily Davis of Gainesville, FL, began dancing at age 12. She received a majority of her training at Pofahl Dance Studios and in 2013 went on to train with Boston Ballet School’s pre-professional program. She also attended summer programs at Exploring Ballet with Suzanne Farrell, Boston Ballet School, and Chautauqua School of Dance. Emily joined Pennsylvania Ballet as a member of PBII for our 2014/2015 Season and joined the company as an apprentice for the 2016/2017 Season. She has performed in Angel Corella’s Don Quixote, George Balanchine’s The Nutcracker®, and Christopher Wheeldon’s Danse à Grande Vitesse, as well as the world premiere of Brian Sanders’ Chicken Bone Brain. Emily received an IB diploma from the Newman School in Boston and is currently attending the University of Pennsylvania.

Therese Davis was born in Naperville, IL, received her early training at the Faubourg School of Ballet and privately with Elise Flagg. She also studied at the School of American Ballet’s summer intensive, as well as with Pacific Northwest Ballet’s professional division, both on scholarship. While at Pacific Northwest Ballet, she performed with the company in The Nutcracker, Swan Lake, and Cinderella. Therese joined Pennsylvania Ballet as an apprentice for our 2016/2017 Season. She has performed the role of Stepmother in Ben Stevenson’s Cinderella as well as Pirate Woman in Angel Corella’s Le Corsaire. Prior to Pennsylvania Ballet, Therese danced with the Dutch National Ballet’s junior company and later spent two seasons with the Grand Rapids Ballet, where she performed soloist and principal roles. Therese was also a semifinalist in the 2011 Prix de Lausanne and the 2015 recipient of the Lorna Strassler Award from Jacob’s Pillow. As well, in collaboration with Dutch National Ballet, Therese modeled in a Viktor&Rolf fashion show and demonstrated choreography for the iPhone app Bounden.

Alexandra Heier was born in Boston, MA, began her training at Boston Ballet School at age six. She participated in the Boston Ballet trainee program and attended summer programs at the School of American Ballet and Chautauqua, where she was an apprentice on full scholarship for three years and received the Artistic Director’s Award for Overall Excellence. In 2014, Alexandra attended the Royal Danish Ballet summer program in Copenhagen as an exchange student from Boston Ballet. While at Chautauqua, Alexandra danced in Marius Petipa’s Paquita, Jean-Pierre Bonnefoux’s Danse Brillante and Mazurka (soloist), and Mark Diamond’s Maestoso and Appalachian Suite. During her training at Boston Ballet School, she performed numerous student roles, including Clara in Boston Ballet’s The Nutcracker. She also danced in George Balanchine’s Raymonda Variations and Jerome Robbins’ Fanfare as a pre-professional student in Boston Ballet’s Next Generation performance. Alexandra joined Pennsylvania Ballet as an apprentice for our 2016/2017 Season. She has danced in ballets that include Ben Stevenson’s Cinderella (Spring Fairy), George Balanchine’s The Nutcracker® and Western Symphony, and the world premiere of Brian Sanders’ Chicken Bone Brain

Siobhan Howley, from East Greenbush, NY, began training at the Princeton Ballet School at age 10 and studied with such teachers as Kyra Nichols and Maria Youskevitch. She received additional training at Ballet Academy East under Darla Hoover as well as the School of Pennsylvania Ballet under Arantxa Ochoa. Siobhan also attended summer programs at Pacific Northwest Ballet School, Central Pennsylvania Youth Ballet, Saratoga Summer Dance Intensive, and Kaatsbaan Extreme Ballet. While at Ballet Academy East, Siobhan had the opportunity to perform a soloist role in George Balanchine’s La Source as well as principal roles in works choreographed on her by Margo Sappington and Matthew Neenan. Siobhan joined Pennsylvania Ballet as a member of PBII in November 2015 and was promoted to apprentice for our 2016/2017 Season. Her performances have included George Balanchine’s The Nutcracker®, The Four Temperaments, and Serenade, as well as Angel Corella’s Don Quixote.

Born in Santa Rosa, California, Ashton Roxander began his dance training at the age of 3. He studied under the guidance of his parents at their school, Studio Roxander, until the age 16 when he was offered a full merit scholarship to Boston Ballet School’s Summer Intensive. He attended Boston Ballet’s summer program for two summers before being asked to join their Trainee Program in 2015 on full scholarship.  Mr. Roxander has performed in several musical theatre productions in Southern Oregon, including the featured role of Winthrop in The Music Man with the Oregon Shakespeare Festival. He was awarded 1st place in the Men’s/Women’s Classical Division at the Youth America Grand Prix Semi-Finals in Seattle, WA in both 2015 and 2016. Mr. Roxander joined Pennsylvania Ballet II for the 2016-2017 season where he participated in the company’s productions of Cinderella, George Balanchine’s The Nutcracker® and Le Corsaire.

Jack Sprance of New Hartford, CT, began training in 2010 at the Nutmeg Conservatory for the Arts. While at the school, he performed numerous roles and won a gold medal in the Connecticut Classic Competition. In 2013, Jack was accepted into the year-round trainee program at Boston Ballet, where he performed with the company in Swan Lake, Cinderella, and The Nutcracker. During the course of his training, Jack also performed roles in La Bayadere, Giselle, and Sleeping Beauty, as well as excerpts by Momix. Jack joined Pennsylvania Ballet as a member of PBII after graduating from Boston Ballet’s trainee program. He was promoted to apprentice in 2015. Since joining the company, Jack has performed in such ballets as Angel Corella’s Don Quixote, Christopher Wheeldon’s For Four, Ben Stevenson’s Cinderella, and George Balanchine’s Western Symphony.

Cato Berry of Philadelphia, PA, began his training in 2005 at Pacific Northwest Ballet School on full merit scholarship. He continued his studies at the International School of Classical Ballet, the Rock School for Dance Education, Tanz Akademie of Zurich, and the Nationale Balletacademie of Amsterdam. In addition, Cato attended numerous summer intensives, including the Royal Ballet School, Pacific Northwest Ballet, and the Kirov Academy of DC. He was also a finalist in the Youth American Grand Prix in New York in both 2013 and 2016. Cato joined PBII for our 2016/2017 Season and has performed with the company in George Balanchine’s The Nutcracker® and Western Symphony, as well as Angel Corella’s Le Corsaire.

Philadelphia, PA, born Sydney Dolan began studying ballet at the age of three in Cary, North Carolina. During her time studying in North Carolina, she performed the roles of Princess Aurora and Carrabosse in the full-length ballet of The Sleeping Beauty. She was a finalist in the World Ballet Competition from 2012-2016, and a finalist in YAGP-NY in 2014-2016. Ms. Dolan earned a Bronze Medal both the World Ballet Competition and YAGP-Tampa in 2016. As part of the, “Stars of Today Meet the Stars of tomorrow: YAGP Gala,” in Tampa, Ms. Dolan performed Le Corsaire’s Medora and the “Diana and Acteon” variation. In Sarasota, she performed Victor Gsovsky’s Grand Pas Classique, and in Japan the lead role in Paquita. Most recently Ms. Dolan performed at the “10th Anniversary World Ballet Competition Professional Gala” in Orlando, dancing the La Esmerelda variation.  Ms. Dolan joined Pennsylvania Ballet II for the 2016-2017 season and performed the Black Swan Pas de Deux from Swan Lake, the Evil Queen in Snow White and La Esmeralda pas de deux in Pennsylvania Ballet II Community Engagement performances.

Julia-Rose Sherrill, Oakland, CA, began her dance training at the Oakland Ballet School. At age 15, she attended the Rock School for Dance Education, where she studied for two years under Directors Bo and Stephanie Spassoff as well as the esteemed faculty. In 2016, she was awarded the Mary Day Artistry Award at the Youth America Grand Prix competition where she was also a finalist. Julia-Rose joined PBII for our 2016/2017 Season and has performed with the company in Ben Stevenson’s Cinderella, George Balanchine’s The Nutcracker®, and Angel Corella’s Le Corsaire.