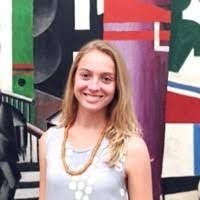 Kulu Mele African Dance & Drum Ensemble’s Brazil & Beyond, which premiered Saturday, October 22nd at the Kurtz Center for the Performing Arts, presented a dynamic array of dances that underscored the value of tradition in addressing contemporary issues of African diasporic identity.

The evening began with Wemilere, a celebration dance from the Santería religion of Cuba choreographed for the stage by Kulu Mele’s Artistic Director, Dorothy Wilkie.  This “Parade of the Orishas” featured seven dancers who each embodied the personality of a different divine spirit.  Audience members were kept in suspense as they watched each unpredictable Orisha take the stage.  Bryant Lee as the trickster Elegba encouraged laughter by spraying unsuspecting audience members with rice, while Cachet Ivey incited fear through her aggressive shrieks as the female warrior Oya, or Yañsa.

The second act took on a more contemporary focus.  In Hip Hop, choreographed by ensemble members Ama Schley and Edward Smallwood, dancers grooved to the rhythms of Nigerian Afrobeats artist, Timaya with a sense of personal style that highlighted the vibrancy of contemporary West African dance culture.  This easy going atmosphere was followed by a poignant spoken word performance from ensemble drummer Omar Harrison.  Describing the African diaspora in the United States as being “on the brink of becoming a permanent underclass,” Harrison proposed that this situation could be overcome by building collective pride in a shared cultural heritage.  His remarks created a compelling context for the dances that followed, each of which used diasporic tradition as a jumping off point for contemporary composition.

In Ira Bond’s Mask Kanaga, three individuals performed in traditional masks of the Dogon people while a woman on stilts and a man wearing a mask of staggering height executed spectacular feats.  Although the choreographic description in the program explained that Bond adapted Dogon traditions in order to create a salute to their creation story, his intentions and methods remained cryptic to me as a viewer without detailed knowledge of the cultural subject at hand.

Frameworks for reflecting upon tradition in contemporary dance were presented with heightened eloquence in the final two dances of the evening.  Undercurrent / Gathering, a dance in two sections by Lela Aisha Jones, spoke to the pressure that diaspora women feel “to mask any blackness that may counter the flow of societal norms.”  In Undercurrent, a cast of female dancers communicated the silent bearing of weight through tireless obstacles.  Mustering strength to leap over hurdles, they sometimes paused to fan themselves or support their lower backs with exhausted, valiant hands.

Gathering brought a more celebratory spirit, proposing the “diaspora movement practice of rhythmic synchronicity” as a method of restorative healing.  Undulations and circulations of the hips suggested an embracing of the fullness of life and womanhood.  Silence fell on the stage, but the dancers continued moving together in a circle, stomping out a collective rhythm.  It seemed as though, if the lights hadn’t begun to fade, the audience might have witnessed them take flight in one final, collective leap from the stage.

Jones’ astounding homage to the resilience of diaspora women was carried on through Brazilian choreographer Dandha Da Hora’s Our Roots, which told the story of the warrior Orisha Yañsa intertwined with that of Maria Bonita, a Brazilian folk hero idolized for her opposition to colonial landowners.  An all-female cast channeled the fierceness of these women, at times making light of their violent personalities by pretending to aim guns or raise fists at one another.  Such storytelling references were balanced with moments that celebrated the strength and beauty of the women on stage.  As the entire cast journeyed to and from each of the four corners of the stage in unity, trudging joyfully with arms open to the sky and then crossed over the heart, they seemed to embrace the legacies of women who came before them while forging their own path.

Through moments such as these, Kulu Mele’s Brazil & Beyond built on the ensemble’s strength in traditional diasporic dance while presenting new works that discussed the relationship between tradition and contemporary life in compelling and innovative ways.