“In the 2015-2016 Season we saw excitement from the audience and dancers about premiering new work, this season we want to build on this momentum and continue to propel our dancers out of their comfort zones,” said Angel Corella. “This Season we continue to honor our roots with works by Balanchine, while introducing new and exciting pieces to further entertain our current and new audiences with varying ballet styles.”

Pennsylvania Ballet will also launch a new performance schedule for the 2016-17 Season, running from the beginning of October 2016 until May 2017. This new schedule creates Fall and Spring Seasons.

Cinderella
October 13-23, 2016
The Academy of Music
Choreographer: Ben Stevenson
Music: Sergei Prokofiev
Pennsylvania Ballet’s 53rd Season opens with the most enduring princess fairytale of all time, Ben Stevenson’s Cinderella. Since its first ballet production in 1813, Cinderella has drawn audiences into a compelling story about finding love, strength and acceptance despite personal obstacles. Set to Prokofiev’s heartfelt and lyrical score, the ballet was given new life 47 years ago by acclaimed choreographer, Ben Stevenson. Cinderella captures the skill and grace of the dancers while bringing to life Charles Perrault’s classic fairy tale. A lavish combination of music and dance—highlighted by a fanciful carriage, pumpkins, plumes of smoke, and elaborate costume changes—enchants dance and theater lovers of all ages. 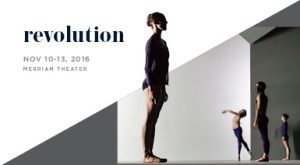 While Philadelphia resident Brian Sanders has choreographed on Pennsylvania Ballet dancers for Shut Up & Dance benefit performances in the past, this will be his first Pennsylvania Ballet commission. David Dawson’s Third Light uses a cast of 10 dancers to reach new heights of beauty, while creating a dramatic edge. Rooted in classical technique, but with a modern look, this piece features a creative combination of solos, trios, and duets. The dancers capitalize on minimalist scenery and lighting to create a rewarding experience for the audience. George Balanchine’s Square Dance has intricate choreography – showcasing the versatility and innovative style of one of the greatest choreographers in ballet history. 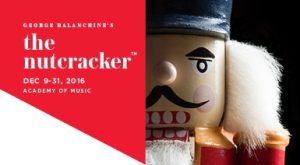 Le Corsaire (The Pirate)
March 9-19, 2017
The Academy of Music
Choreography: Angel Corella (after Marius Petipa)
Music: Adolphe Adam
Based loosely on the poem The Corsair by Lord Byron, this lighthearted production is a feast for the eyes. Set on the Arabian Peninsula in the time of princes, pirates and harems, a chance meeting in a marketplace ignites the devotion of true love between the pirate captain Conrad and the lovely Medora. This exciting production includes dynamic pirate sword fighting and kidnappings that weave into the love story. With elaborate costumes, and impeccable set design, the exuberant and breathtaking choreography opens a world of possibility to dancers and audience members alike through the story and the classical ballet style. 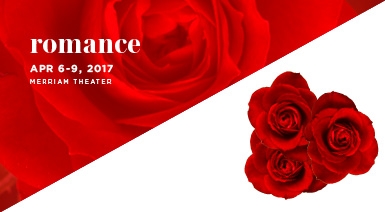 Based on Poetic Waltzes by Enrique Granados, Nacho Duato uses the fluid, flawless, and elaborate choreography that he is known for in Remansos. Nicolo Fonte’s World Premiere is sure to demonstrate the creative dialogue between his daring vision and the dancer’s seemingly limitless grasp of physical expression. The Company will also perform George Balanchine’s Western Symphony, a heartwarming ballet infused with gestures and formations of American folk dance. This high-spirited and playful work consists of classical American songs including, “Red River Valley,” “Old Taylor,” “Rye Whiskey,” “Good Night Ladies,” “Oh Dem Golden Slippers,” and “The Girl I Left Behind Me.” Featuring rugged cowboys and their beloved feather-festooned saloon girls, the ballet showcases a series of fast paced challenging vignettes culminating in a wild full company crescendo of pirouettes. 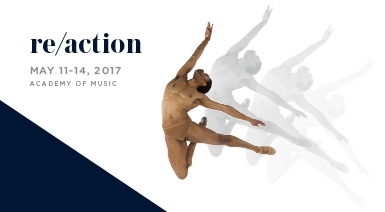 Tony Award-winning choreographer Christopher Wheeldon spins a lovely tale of visual symmetry with dance arrangements marked by opposing lines, double diagonals, and alternating entrances. Rush, combines postmodern style with Martinů’s vernal composition to create a fresh dance experience with traditional roots. Sylvia Pas de Deux, Tarantella, and Tchaikovsky Pas de Deux showcase Balanchine’s legacy in duets, breaking boundaries and setting new standards for ballet. Sylvia Pas de Deux plays a pivotal role in the history of dance, as it was the first ballet to break with Romantic-era conventions through the implementation of a strong female lead. Set to a “lost” musical selection from Act III of Swan Lake, Tchaikovsky Pas de Deux treats audience to a virtuosic display of amazing agility and technique. Tarantella, the third of Balanchine’s duets being presented, is based on a myth performed by gypsy dancers as they traveled from town to town. The myth held that anyone bitten by a tarantula could dance poison out of their body. This piece provides a dazzling display of exceptionally high speed, nimble steps, and rapid changes in direction that astonish from start to finish. This performance closes with a World Premiere from internationally acclaimed choreographer Matthew Neenan, who has held the position of Choreographer in Residence at Pennsylvania Ballet since 2007. He has continued to win countless awards throughout his career and raise his choreography profile, with each new piece being a progression in his artistic evolution that has Balanchine and postmodern influences.