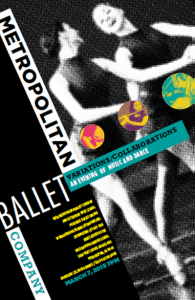 The concert will showcase new works by Philadelphia choreographer Tommie-Waheed Evans of PHILADANCO!, NYC choreographer/ Sarah Mettin, an MBC Alumna and founder of Mettin Movement, and NYC choreographer Damani Pompey, as well as works created in collaboration with musical artists from Settlement Music School. The program will also include a world premiere by pianist and composer, John Silva. Mr. Silva and renowned flutist Margaret Claudin will perform the new work, also with choreography by Ms. Mettin.

With over thirty dancers, Metropolitan Ballet Company has been recognized as “one of the top places to see ballet in Philadelphia” (CBS/ Arts and Culture, June, 2012).  Known for both its classical and contemporary dance performances, MBC has added an astounding 45 works to its repertoire since its founding in 2001. These include the commission of 15 world premiere contemporary works and three world premiere story ballets for children, created for the company by New York City based and other noted choreographers.

Guest artist John Silva has performed as a soloist internationally and was a finalist in the Alfred Kitchen Chopin Competition. He is a Fellow of the Royal Schools of Music and received the Master of Music degree as a scholarship student at the Trinity College of Music in London, UK. Flutist Margaret Claudin has made frequent solo and chamber music appearances throughout the United States and Europe. Her repertoire covers a wide musical spectrum, ranging from baroque sonatas, to premiering contemporary compositions. 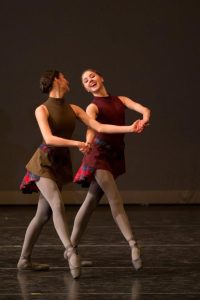