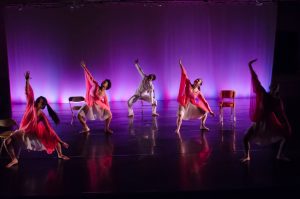 Roger Lee Dance Company will present its second annual Black History Celebration Concert Series in honor of Black History Month this coming February in Philadelphia, PA. The concert series features new works by artistic director and choreographer, Roger Lee as well as of six talented, guest choreographers. Each performance offers soulful dancing and music, a question and answer session with the artists, and an uplifting experience for individual and family audiences.

Roger Lee, a 26-year-old dance entrepreneur and educator, created this series as a means to fill the void of dance events, celebrating black history month in his hometown of Philadelphia. Last year’s inaugural concert series was a huge success and was even featured on 6 ABC Loves The Arts.

Since its 2012 premiere, Roger Lee Dance Company has been featured by 6 ABC, CNN, Comcast, CBS, KYW, WHYY, The Metro, The Huffington Post, and Philadelphia Inquirer, named a Top 4 Finalist in the KYW and CBS 2013 Small Business Challenge, and promoted at the inaugural Jay-Z Made In America Festival. The company has also been invited to perform at events presented by Project Moshen Dance Company, Alchemy Dance Company, Introspective Movement Project, and Koresh Dance Company.