We’re at a restaurant in center city on the first day of summer. The warm temperatures feel foreign after the cold’s overstayed welcome, but the seasons are finally shifting, and a noticeable change has found a way to break through winter’s stagnant chill. Gregory King leans against the restaurant’s glass window and elongates his spine into something that resembles Martha Graham’s third position spiral. Carving hand gestures punctuate melodically phrased plans for his newest position as Swarthmore College’s modern dance instructor and Consortium of Faculty Diversity Fellow.

King has danced on Broadway. He has choreographed for and performed on commercial and concert stages in New York, Texas, Massachusetts, and Pennsylvania.   A proven history of talent and excellent in dance and teaching has earned him instructor positions at renowned universities such as Southern Methodist University, Richland College, Boston University, and Dean College.   Though he has traveled all around the United States setting work, teaching, and giving lectures, Philadelphia remains close to his heart. In 2011, King worked as a guest artist in residence for Temple University.  “Philadelphia has such a vibrant dance community,” King says. “Outside of New York, it’s the place I’ve considered coming back to.”

King’s teaching philosophy utilizes his firsthand knowledge of the different facets of the dance industry to provide his students with a realistic view of life as a professional dancer. His passion for dance education permeates the conversation. “I have high expectations for my students,” he says. “I understand that not every dancer is going to be Alvin Ailey, but there are some things every dancer needs to know to be successful.” Anyone who has experienced a class with King is quite familiar with his clear and blunt teaching style. “I’m honest with my students,” King says. “They deserve that.”

While his academic courseload at Swarthmore will be his primary concern, King is  taking his teaching philosophy from the classroom to social media with the creation of The Harsh Truth No Student Wants to Hear.  The Harsh Truth is a Facebook group that seeks to “engage in discussion about some of the things that keep students from being excellent.” The site curates discussions on topics such as: gender discrimination, academic behavior, injury prevention, and professional ethics and expectations. It includes opinions from students, dance professionals, and dance enthusiasts.

In addition to academic pursuits, King hopes to use his passion for choreography and production to impact Philadelphia’s sociopolitical community.  As we talk, King mentally stages pieces about race, gender, and identity. “I want to re-stage “Spit” with an LGBT youth center,” he explains. “Spit” was originally choreographed in 2010 on dance majors from Southern Methodist University. He created the piece to examine and challenge attempts to define society exclusively through a heterosexual lens. “I want to use it as a jumping point for discussions about sexual identity, fitting in, and coming out.” King goes on to name different pieces, different political issues, and different possibilities.

King’s vision for Philadelphia is based on connection. He wants to connect students with professionals, concert dance with commercial dance, performance with academia, arts with politics, and Philadelphia with the global dance community. “I’m excited,” King says. He stretches his arms behind his head and smiles. “I think it’s going to be good.”

For more information about Gregory King, visit  http://gregorykingdance.com. To join the discussion at The Harsh Truth No Student Wants to Hear visit https://www.facebook.com/pages/The-harsh-truth-no-student-wants-to-hear/490310514434105 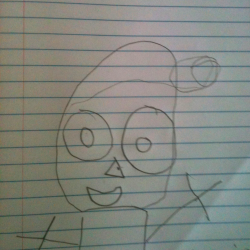 Chrysta Brown
Pennsylvania native, Chrysta Brown, is a graduate of the Philadelphia High School for Creative and Performing Arts where she studied dance and writing. She graduated with honors from Southern Methodist University where she earned a BFA in Dance Performance, and a minor in Human Rights Education. She has worked professionally as a dancer, choreographer, and writer in Dallas, TX, Denver, CO, and Philadelphia, PA. She is currently pursuing her MFA in Creative Nonfiction Writing, and working as a children’s ballet instructor.