FringeArts brings daring and innovative performers to Philadelphia stages for the 18th year in a row from September 5–21.

Coinciding with this year’s Fringe Festival Opening Night is the grand opening of La Peg at FringeArts, acclaimed Philadelphia chef/restaurateur Peter Woolsey’s brand-new waterfront brasserie, representing the culmination of FringeArts’ years-long evolution from a two-week festival producer to a bustling year-round destination for artistic and social activity. The bar and restaurant will include a new stage at FringeArts for cabaret-style performances year-round, beginning with free late-night Festival Bar programming every night of the Festival. A grand opening celebration to unveil La Peg and its shared outdoor plaza will take place on Friday, September 5; details to be announced at a later date.

“After being nomadic for almost two decades, FringeArts finally has a place to call home,” says FringeArts President and Producing Director Nick Stuccio. “We want to be a place for Philadelphians to see the world’s most exciting artists all year long, and in turn support our city’s incredible local artists as they make their way in the world. With our Festival, year-round programming, residencies and waterfront restaurant, FringeArts is truly a destination for bold thinkers, art makers and arts lovers to come together and celebrate Philadelphia. We couldn’t be more excited.”

As FringeArts continues its tradition of providing a platform for artists to independently produce their visions in a Festival environment, hundreds more artists will participate in the Neighborhood Fringe and perform their work to Festival audiences. This confluence of risk-taking, independently produced shows animates the spaces of Philadelphia and enriches the city’s communities.

The 2014 Fringe Festival is a platform for daring and innovative artists, bringing leaders of the contemporary performing arts world to Philadelphia stages and showcasing the groundbreaking work of Philadelphia-based performers. Each year, the Festival draws tens of thousands of people who come to experience Philadelphia’s thriving cultural scene and interact with hundreds of artists at thousands of performances. 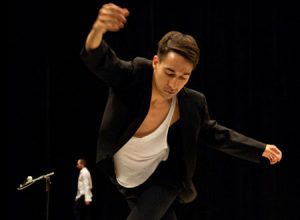 [ POST-MODERN DANCE MEETS HARLEM VOGUE ] Experimental New York-based choreographer Trajal Harrell explores a dance style from the gay ballroom scene, fashion and the runway, race and gender in the all-male Antigone Sr./Twenty Looks or Paris is Burning at The Judson Church (L) (Sept. 12-13), part five in Harrell’s seven-part series. A revelatory investigation of ancient Greek themes set to deep-bass club music, this inventive and energetic piece imagines what would happen if the voguing Harlem ball culture of the 1960s had headed downtown to witness postmodern dance being born at the Judson Church arts center. Says The New York Times’ Claudia LaRocco, Harrell “fashion[s] his own fierce, ragged mythology — one pieced together from pop culture, theory, voguing, dance history — and, always, the runway. However much in disarray, its denizens are fabulous.” Additionally, Harrell will perform Twenty Looks or Paris is Burning at the Judson Church (XS) (Sept. 9) a 25-minute solo performed for a limited number of audience members. 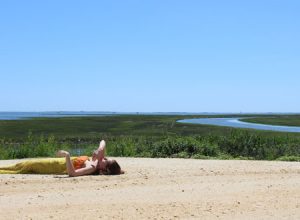 [ LOCAL WORLD PREMIERE ] In this unprecedented collaboration between the Pennsylvania Ballet, the Curtis Institute of Music and FringeArts, three superbly adventurous choreographers from around the world will create new cutting-edge, experimental works on the classically trained dancers of the Pennsylvania Ballet. Set to music created and performed by Curtis Institute composers and alumni, What I Learned About Outer Space (Sept. 5-7) is contemporary performance art at its highest level, with a high wire creation process: the three choreographers (Zoe Scofield, Seattle; Itamar Serussi, Israel; and Georg Reischl, Austria) gather with the 20 Pennsylvania Ballet dancers to create the dances from scratch and rehearse in the three weeks leading up to opening night. Rehearsals may be open to the press; details forthcoming. 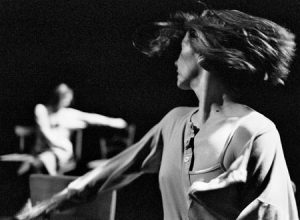 [ EXTENDED FESTIVAL ] Presented by FringeArts on October 4–5 as an extension of the 2014 Fringe Festival, Rosas Danst Rosas is a reintroduction to the seminal dance work made famous in 1983. Belgian choreographer Anne Teresa De Keersmaeker founded the Rosas company in 1983 with Rosas Danst Rosas, which launched her career as an internationally respected and sought-after artist; the work is marked by rhythmic complexity, stylized minimalism, fierce abstract feminism and choreographic rigor, and, according to The New York Times, “It hasn’t lost anything of its original power.” Coming to Philadelphia as part of a limited three-city tour, Rosas Danst Rosas was recently made famous by Beyoncé, whose “Countdown” music video draws heavily on the work for choreography, costuming and set.

The 2014 Fringe Festival runs September 5–21, 2014. Tickets for most shows are priced between $10 and $29; some shows are free. Students and Festival-goers age 25 or younger pay $15 for Presented Fringe tickets and receive $5 off Neighborhood Fringe tickets priced above $10. Discounted tickets are available to Members. Members save 30% on all shows (including year-round programming), can exchange tickets, receive admission to exclusive artist receptions and other special events, and enjoy priority seating at select performances. Groups of 10+ save 25%.

Tickets to the 2014 Fringe Festival are on sale at FringeArts.com or via phone at 215-413-1318. Tickets to Neighborhood Fringe shows will go on sale beginning in July.

FringeArts President and Producing Director Nick Stuccio’s career in the arts began with an intensive study of classical ballet at Skidmore College, where he also earned a degree in biology. His dedication to the form led to an apprenticeship with the Pennsylvania Ballet and eventually a position as a corps member with the company, where he danced for eight years. At the Ballet, Stuccio danced under the artistic direction of Ricky Weiss, Christopher d’Amboise and Roy Kaiser.

Stuccio retired as a dancer and began producing full-time in 1995. He co-founded the Philadelphia Fringe Festival (now FringeArts) in 1997 and that same year was named “Person of the Year” by Philadelphia Weekly. He was included in Philadelphia Magazine’s 2000 edition of “People to Watch,” as well as Philadelphia Magazine’s 2009 and 2014 “Power Issue” rankings of the city’s most influential people. His many production credits include co-founding Shut Up and Dance, the popular annual benefit that showcases work choreographed and performed by dancers of the Pennsylvania Ballet and raises more than $100,000 net every year to benefit the Metropolitan Aids Neighborhood Nutrition Alliance (MANNA). Stuccio was also the original curator of the Wilma Theater’s Dance Boom series, serving in that role from 2002 to 2005. Other leadership roles include producing two dance films and serving on the Philadelphia Cultural Fund board for the past six years. In 2005, Nick was awarded an Honorary Doctorate of Fine Arts by the University of the Arts.

FringeArts supports artists and brings the world’s newest and most cutting-edge cultural experiences to Philadelphia, amplifying the vibrancy of the city as a renowned cultural center and an unparalleled place to live, work and visit. Founded in 1997 and formerly known as the Philadelphia Live Arts Festival and Philly Fringe, the organization serves local, national and international artists of all disciplines and levels of achievement through an annual 18-day Festival along with a year-round series of high-quality contemporary dance, theater and music performances; commissioned public art installations; and a residency program that continues to expand and grow as a state-of-the-art incubator for artists. In 2013, FringeArts opened the doors to its brand-new waterfront headquarters in Old City Philadelphia.