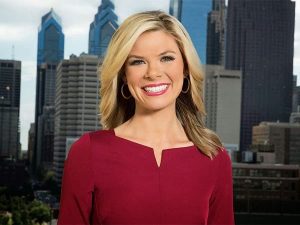 Pennsylvania Ballet announced that CBS 3 anchor Jessica Dean would serve as its first ever Honorary Ambassador for its school and outreach programming.

“Many people know Pennsylvania Ballet for its performances on stage, but we are equally committed to our work in Philadelphia classrooms,” Artistic Director Roy Kaiser says. “Jessica’s enthusiasm for the arts and working with children make her an ideal role model for our students to help shine a light on these important initiatives.”

As Honorary Ambassador, Dean will work firsthand with students of The School of Pennsylvania Ballet and participants in the Company’s outreach and education program, Accent on Dance, as emcee at their performances and year-end celebrations and host at Parent Panel discussions, among other activities.

Dean, who studied ballet for nine years beginning at age three, is excited to go back to the studio to introduce dance to children.  “Whether they are in a class or in the audience, this opportunity can deeply impact their lives and open their minds to creativity and possibility,” she says.   “I’m looking forward to bringing that magic to young audiences who, without Pennsylvania Ballet’s initiative, might never have that experience.”

Since its inception in 1996, Accent on Dance has introduced the art form of ballet to over 160,000 elementary, middle, and high school students in the Philadelphia area. The majority of these students attend public schools where 87% of all students come from economically disadvantaged households. The goal of this program is to provide a sustained experience with dance and open up new worlds for children, spark their interest in the performing arts, and stimulate creative abilities while increasing cognitive skills and improving academic performance. Accent on Dance offers a range of free activities that take place during the school day, after school, and at the theater. To learn more about Accent on Dance, please visit paballet.org/accent.

Jessica Dean is co-anchor with Chris May of CBS 3’s Eyewitness News at 5, 6 and 11 p.m.  She and May also co-anchor Eyewitness News at 10 p.m. on The CW Philly 57. Dean came to Philadelphia in September, 2013 from KARK-TV, the NBC affiliate in Little Rock, Arkansas where she has been the evening news anchor since 2011.  She joined the station in 2010 as weekend anchor after three years as a reporter, anchor and co-host at KATV there.  She began her career as a reporter in 2006 at KNWA/KFTA in Fort Smith, Arkansas. Dean’s award-winning work has been distinctive in its use of social media to include interactive segments in her broadcasts.  She has also earned kudos for her in-depth reports including an investigative series she aired on homelessness for which she spent a night on the streets for a first-person perspective.  A native of Little Rock, Arkansas, Dean is a 2006 Cum Laude graduate of the University of Southern California at Los Angeles where she earned a Bachelor of Arts degree in broadcast journalism. While at USC, she interned at Dateline NBC. Dean and her husband, Blake, a business and communications strategist, reside in Philadelphia.