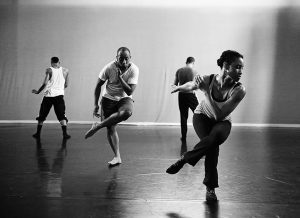 Charles O. Anderson is returning to his alma mater Temple University this weekend. He is presenting a new work titled HOME, Restless Natives. The performance will mark the 10th anniversary of Anderson’s company, dance theater X, which debuted at the university’s Conwell Dance Theater back in 2003.

“Set in a fictional juke joint called HOME, Restless Natives combines mournful celebration and passionate dance in a blues-saturated commentary on loving and being loved in 21st century America,” said Julie B. Johnson, a PhD student in the Temple University Dance Department. HOME, Restless Natives is inspired by the writings of James Baldwin and features an original poetry score by Ursula Rucker, a critically-acclaimed performance poet. The evening-length dance-theatre concert is the second choreographic commission under Temple University’s Reflection: Response speaker and performance series.

“Reflection: Response is a performance and speaker series presented by the Dance Department at Temple University. It brings together artists and scholars to explore how we assimilate ideas and events and our resulting actions within the field of dance,” said Johnson.  The program awards selected artists with a commission to create and present new work. According to Johnson, “They can conduct workshops and master classes leading up to the performance. Charles O. Anderson led a master class in modern dance technique, as well as a lecture-demonstration on ‘kinetic storytelling.’” She added, “As a current student, I am thrilled to have the opportunity to experience first-hand how artists are working, researching, creating through dance. Charles O. Anderson is a Philadelphia native and a Temple alum. His upcoming performance marks the 10th anniversary of the debut of his company, which also took place right here on our Conwell Dance Theater stage. It’s an honor to be a part of that.”

Philadelphia native Charles O. Anderson is the founder and artistic director of dance theater X, a critically acclaimed afro-contemporary dance company. Dance theater X was named one of “25 to Watch” by Dance Magazine. Anderson is also a tenured Associate Professor of African Diaspora Dance and Head of the MFA Dance Program at the University of Texas at Austin. He earned his MFA in Dance from Temple University and his BA in Dance from Cornell University. Anderson has worked with acclaimed choreographers including Ronald K. Brown, Mark Dendy, Sean Curran, and Miguel Gutierrez. While residing in Philadelphia, Anderson was a tenured Associate Professor of Dance and the Founder and Director of Africana Studies at Muhlenberg College.  He was the recipient of a prestigious $60,000 Pew Fellowship in the Arts for his choreography in 2007. More recently, Anderson was named one of 12 Rising Stars in the Academy by Diverse Issues in Higher Education Magazine. He has also been honored twice for outstanding achievement in experimental dance theatre by the Kennedy Center American College Theatre Festival.

This weekend Temple University has the pleasure of welcoming Charles O. Anderson back home. His dance theater X 10th anniversary concert will take place at the Conwell Dance Theater where it all started. According to Anderson’s website, “Ultimately, Restless Natives pays homage to Baldwin’s critique of a “moral” and “democratic” America that fosters prejudice based on race, class, and sexuality; it serves as a blues saturated commentary on the current socio-political landscape of 21st century America.” The full-evening work has received generous funding from The O’Donnell Fund and will make its world premiere in April 2014 at the Fuse Box Festival in Austin, TX. Anderson is still accepting additional commissions and presenters for HOME, Restless Natives. 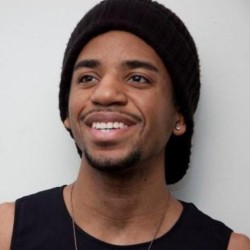