The Romans referred to the dog days as diēs caniculārēs and associated the hot weather with the star Sirius also known as the “Dog Star”. Traditionally it marked the period from July 23 through August 23rd, when the weather was extremely hot.

And while Philadelphia has had its share of warmer weather, August traditionally marks “the calm before the storm” as many dancers and dance companies begin to gear up for the FringeArts festival just around the corner in September.  Dance classes are in full gear at all studios, but performances are a bit more scarce during these “dog days”. However, glimpses of dance in and about town can be seen as captured by photographer, Juan C. Irizarry of Philadelphia Dance Photo Project.

Juan seeks to showcase the city’s beautiful architecture, important history and diverse people through photographs that incorporate the vibrant and growing Philadelphia dance community. Juan draws his inspiration from the work of photographer Dane Shitagi and his Ballerina Project.  However, the Philadelphia Dance Photo Project has not been limited to just ballet,  but seeks to capture all genres of dance.  For Juan, this is a passion and his work is performed without charge, with some public contributions made to help cover his expenses.

Juan and his wife Maria are both originally from Puerto Rico and have been in the photography business since 2007.  Originally operating a studio in Virginia Beach, they relocated to Philadelphia in 2012 to be closer to family.  Juan and Maria continue to offer a broad range of photography services through their studio, Irizarry & Ross Photography.

Jeanie Chrome as the Summer Fairy 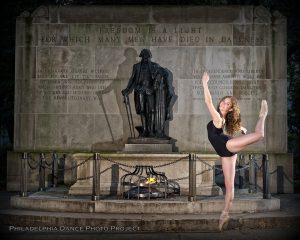 Mandie Noelle Milano – in front of the Philadelphia Museum of Art 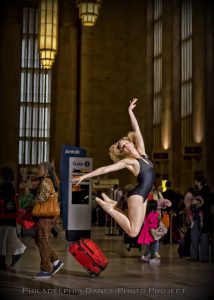 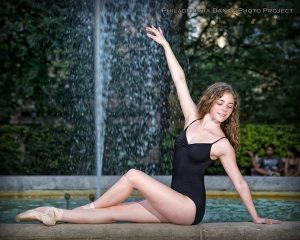 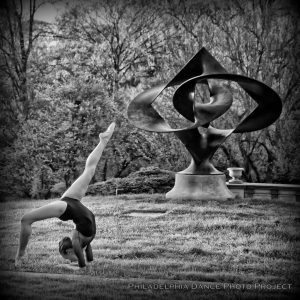 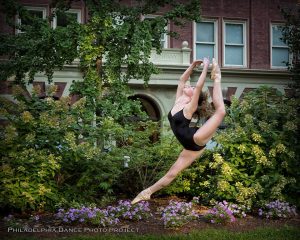 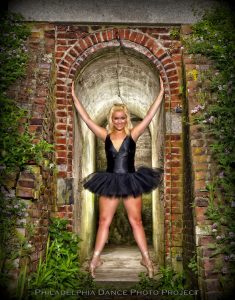 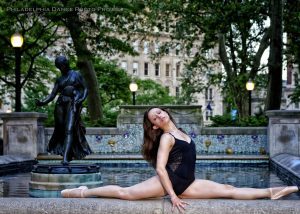