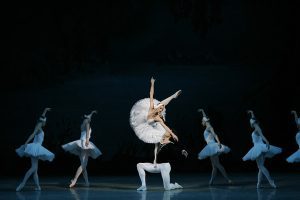 Classic Ballet Produced in 3D by CAMERON|PACE Group and Broadcast Live
in RealD™ 3D from St. Petersburg to Select U.S. Theaters on June 6

Bringing Russia’s world renowned ballet company to U.S. movie theaters nationwide, Cameron Pace along with NCM Fathom Events and Omniverse Vision Ltd. present a stunning new re-interpretation of Tchaikovsky’s famous masterpiece with “Swan Lake Mariinsky Live*” from the Mariinsky Theatre. Broadcast live in both 2D and RealD 3D from the historic Mariinsky Theatre in St. Petersburg, Russia on Thursday, June 6 at 6:30 p.m. local time, this exclusive event will be led by multi-award winning Artistic Director Valery Gergiev. Mariinsky’s principle ballerina and the latest brilliant star from the company, Ekaterina Kondaurova, will star in the main role as Odette. For the first time ever, this classic ballet will use the same Academy Award®-winning technology created by the Cameron Pace Group for films such as “Avatar,” “Hugo” and “Life of Pi.”

“The Mariinsky Live 3D format is something totally new for us, and also for the world. We look at this as an opportunity to not only display the qualities of our ballet company, but to do so with the newest possible technology,” said Valery Gergiev, artistic director of the Mariinsky Theatre. “We show our leading dancers – the new wave of Mariinsky stars – and the beauty of our productions led by great music.”

Tchaikovsky’s beloved ballet, “Swan Lake,” was created at the Imperial Ballet School for the Mariinsky Theatre stage in 1895 by the composer and choreographers Marius Petipa and Lev Ivanov. “Swan Lake” tells the story of Odette, a princess turned into a swan by an evil sorcerer’s curse, which is now part of pop culture and has been the source of inspiration for many ballet masters and epic storytellers, including Darren Aronofky’s 2011 Oscar®-winning “Black Swan.”

”Watching this exciting new re-interpretation of ‘Swan Lake’ live in RealD 3D is the next best thing to being in the audience at the Mariinsky Theatre,” said Joe Peixoto, President, Worldwide Cinema at RealD.  “Combining this celebrated ballet company with the 3D expertise of the Cameron Pace Group and RealD’s 3D projection technology promises this first of its kind broadcast will be a wonderful experience for audiences.”

Located in St. Petersburg, the Mariinsky Theatre has been providing the world with some of the greatest dancers since 1740. Great names of ballet like Rudolf Nureyev and Anna Pavlova started at the Theatre’s revered company, which today is recognized as one of the world’s greatest with Director Yuri Fateyev. A leading global brand for hundreds of years—and followed by other leading opera/ballet theatres such as the Royal Opera House, London and La Scala, Milan— both the Mariinsky Ballet and Mariinsky Opera came under the management of the Mariinsky Theatre itself, with Valery Gergiev as director and artistic director of the Mariinsky complex: two grand opera houses—one historic, one brand new which opened on May 2 —and a concert hall.

“The ‘Swan Lake Mariinsky Live*’ cinematic event will bring audiences up close and center stage at the world renowned Mariinsky Theatre. This is ballet the way it is meant to be seen on the big screen – with CAMERON|PACE Group in charge of the 3D technology,” said Shelly Maxwell, executive vice president for NCM Fathom Events. “Cameron Pace is masterful in adapting 2-D and 3D content for the big screen and what better way to showcase the beautiful art form of ballet than through the lens of their technology.” 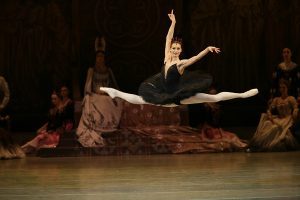