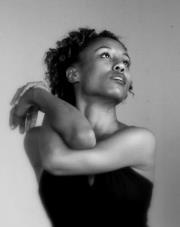 Lauren Putty White has been named the winner of the 2013-2014 Ellen Forman Memorial Award. The award consists of a $2,000 cash prize and production costs for setting a work on the dance company at Drexel University during the 2013-2014 academic year.

The Ellen Forman Memorial Award supports Philadelphia-area choreographers by giving them the opportunity to set a work on Drexel University’s Dance Ensemble as part of the Drexel Dance Program. Award decisions are made by the EFMA Advisory Committee. Since its establishment in 1991, the Fund has granted 18 awards. The Ellen Forman Memorial Fund, a component fund administered by The Philadelphia Foundation, also has endowed a dance studio in Ms. Forman’s name at Drexel University; Drexel is a co-sponsor of this award.

Lauren Putty White is fast becoming an important regional artist. After receiving her BFA from the University of the Arts in Philadelphia in 2005, she made her professional choreography debut at the 2005 Elan Awards in New York, where she restaged her senior piece “The Third Layer.” She continued to perform with Washington Reflections, Urban Bush Woman II, Parsons Dance Company and the Opera Company of Philadelphia. During these years, she received the Individual Artist Fellowship Grant in Baltimore, MD.  In April 2010 Lauren premiered her piece “Hide” with the Ballet X company in Philadelphia. Her work “Sleeping in Wonderland” was selected as part of the Regional Dance America showcase in Pittsburgh in 2011. Currently, Lauren is a company member with the Philadelphia Dance Company (Philadanco) and continues to perform with her own company, Putty Dance Project.

The Ellen Forman Memorial Fund was established by friends and colleagues under the auspices of The Philadelphia Foundation in memory of Ellen Forman, a dancer and choreographer, who died before her time in 1990 at the age of 45. Ms. Forman co-founded the South Street Dance Company, one of Philadelphia’s first professional modern dance companies. This ground-breaking company received support from the Pennsylvania Council on the Arts, Pew Memorial Trust and William Penn Foundation. For over a decade, SSDC presented new works in Philadelphia. As part of her belief in education and outreach to students, Ellen created a workshop program combining dance, theatre and visual arts in conjunction with Young Audiences.  Among many accomplishments, she is known for her production of a series of annual concerts called Body/Language which were staged at the Painted Bride Arts Center, and for her tribute to Isadora Duncan, an exemplification of her love of both the movement and the music.

The Philadelphia Foundation is Southeastern Pennsylvania’s leading center for community philanthropic engagement. For more than 90 years, the Foundation has been committed to improving the quality of life  in Bucks, Chester, Delaware, Montgomery, and Philadelphia counties. As a public charity community foundation, it manages more than 800 charitable funds, maximizing the strategic impact of charitable contributions. It supports the intentions of individual, family, business and organizational donors who have established permanent charitable funds to help the region meet the challenges of changing times. The Foundation invests and administers these funds and awards the distributions — about $20 million a year to nearly 1,000 area organizations – as grants and scholarships.  The Foundation’s work is overseen by a volunteer board of leading citizens and run by professionals with expertise in the region’s needs.