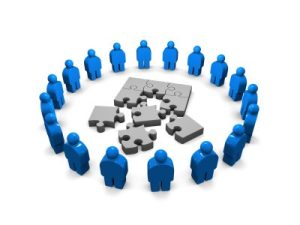 At the CultureWorks office on Saturday, April 6th, something rather unprecedented took place.  Nearly twenty directors of small and mid-sized dance companies gathered together to share ideas and exchange information.

Hosted by Steven Weisz of PhiladelphiaDance.org, the Artistic Directors Forum addressed funding, ticket prices, venues, audience development and media coverage.  Weisz got the conversation started by sharing the results from several surveys pertaining to audience development and box office statistics.  Although there results weren’t pretty (many first-time concert goers, for example, report feeling out of the loop because they didn’t “get it”), they paved the way for an interesting discussion.

Funding, of course, was at the top of the agenda.  With more and more companies applying for the same grants, it’s getting harder and harder to secure funding, especially for smaller companies who don’t have professional grant writers on staff.  Participants discussed the pros and cons of crowd-sourced fundraising, such as Kickstarter, and began to brainstorm about collaborating to apply for corporate funding.

Cross promotion was next on the list.  Full-page advertisements in local papers are often cost-prohibitive for smaller companies but ad exchanges, in which companies agree to promote each others shows in their own programs for free, can be a great way to spread the word.

Other ideas including setting up a database or listserv to facilitate the sharing of resources: everything from lighting equipment to costumes or props, with proper contracts and release forms to ensure that all items are returned to their original owner in one piece.  Attendees who have developed unique audience engagement programs shared their success stories and everyone agreed that food is a great way to attract both new audiences and potential donors.

Common sense can go a long way when it comes to directing a small dance non-profit but oftentimes companies are too busy competing for their share of the city’s already depleted resources to realize the value in working together.  Showcases have become the norm in Philadelphia but split bills offer an even greater opportunity for exposure and revenue.  Juxtaposing different genres of dance is key: obviously, a modern dance company isn’t going to want to feature another modern dance company out of fear that their fans might flock to “enemy territory” but tap isn’t going to comprise a threat to contemporary ballet, and vice versa.

The meeting wrapped up after two hours of lively discussion and plans are in the works to continue conversations about funding, cross promotion and collaboration beyond the initial forum. For more information or access to the network, contact Steven Weisz at philadelphiadance@gmail.com