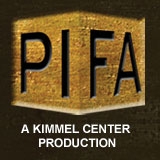 March 28th through April 27th, Philadelphia embarks on an month-long adventure as the Philadelphia International Festival of the Arts (PIFA) asks audiences “If you had a time machine…”

PIFA’s 2013 theme asks a diverse group of artists to make daring explorations of a specific moment in time and create exciting, thought provoking new works that will time travel the audience to that moment. Some are reflective of future cultures, while others reinterpret the past. A seamless thematic strand connects the known and the unknown.

A complete schedule of dance performances can be found on the PhiladelphiaDANCE.org Calendar at http://tinyurl.com/ccrp7me

The Big Bang – Philadanco
“When Philadanco tours the world, it’s an art ambassador from the City of Brotherly Love.” (Philadelphia Inquirer). When they are at home, they are a mirror to the essence of the city, a Philadelphian rite of passage. They return to the Perelman stage for two engagements after a phenomenal, sold out 2011-2012 season. Commanding, accessible, powerful, faithful, global — this is the time to experience Philadanco.

1096 – Pasión y Arte Flamenco Company / Fresh Blood
1096 is a collaborative new performance installation work between Pasión y Arte and Fresh Blood, a Flamenco and postmodern dance company. The two all-female-companies will interweave women’s stories through the layering of text, song and dance while investigating the dialogue between the distinct languages of its two artistic collaborators, flamenco and post-modern. We begin in 1096, Salerno, Italy, at the birth of the first female gynecologist, Trotula of Salerno. She is the first woman to publish on the female body. Her textbooks became a reference for many centuries of male doctors. This ongoing journey from 1096 to the future will visit pivotal periods of women’s history with a timeline that twists, coils and digs into contemporary questions of women’s self-knowledge, complicity, complacency and ultimately, “how do we reclaim our history?”

1492, Music and Dance from Spain to the Americas – Latin Fiesta / Concilio
Maria del Pico Taylor and international guest artists take you on a time traveling journey inspired by Columbus arrival in the New World. Beginning in 9th century Spain experience the mélange of exotic coexistent cultures. Hear a beautiful melody sung by Zyriab, the famous Moorish singer, as you pass by the vocal school he founded in Cordoba, Spain; let a poignant Jewish song reach your ears as you approach the Mezquita. Turn the corner and become mesmerized by the passionate sounds of a Gypsy Juerga, a festive gathering of singing, guitar playing, and flamenco dancing. Next stop is Mexico in the 1400 Century. where you will experience an Aztec dance in full costume. While in Mexico fast forward to the 1800 Century and experience the joy of Mexican Mariachi music . Get back on your time machine, move forward a few years and visit a classical music concert in Spain. Compare the parallel experiences and rejoice in the richness of our folklore. Our final stop will be 19th century Cuba ,where sounds will range from nostalgic Cuban melodies to irresistible hip swaying Salsa Finally join the Conga line with our authentic Comparsa which showcases fiery percussion, including the “frying pan” and twirling “Farolas” (lanterns). A unique multimedia music and dance stage show about our musical roots and their transformation as a result of the multicultural encounters unleashed by Christopher Columbus journey in 1492, a defining moment in history. This is a multifaceted project. Spain , Mexico and Cuba are the focus of this presentation. Other countries will be featured in subsequent presentations. This project is created in collaboration with CONCILIO of Spanish Speaking Organizations.

Where Heaven’s Dew Divides – Germaine Ingram Project
Where Heaven’s Dew Divides, a title derived from an 18th century Methodist prayer, is a multidisciplinary exploration of the politics of religion in Philadelphia in the first decades of the new nation. In 1790, Philadelphia had the nation’s largest population of free people of African descent—almost 1500, 15 times the number of free blacks living in Philadelphia in 1765. Another 200 people of African descent were still enslaved in Philadelphia. Where Heaven’s Dew Divides mixes dance forms, original music and song, improvised vocalization and video projection to capture the conflicts, motivations and activism of church-going African Americans, who challenged racial and gender conventions of Philadelphia churches and denominations, and fueled the fight for slavery’s complete abolition. Percussive dancer/choreographer and vocal improviser Germaine Ingram, modern ancer/choreographer Leah Stein and a company of dance and music artists channel key moments and personalities from the history and memory of Philadelphia’s religious life of the late 18th and early 19th centuries.  All three performances will have a post-show discussion.

Sounds & Rhythm of Resistance – Taller Puertorriqueño
Taller Puertorriqueño travels back in time to celebrate Puerto Rico’s Emancipation Day; the day when slaves from African origin were set free on the island in 1873. The event, to be held at The Barnes Foundation’s new Parkway location, presents a glimpse of the dance and music with its roots in African heritage that are today an integral part of Puerto Rican and other Latin American cultures. Throughout the American continent, African and Latin American cultures interweave, producing unique dance and musical styles. From the beat of the drums of Africa to the Bomba dance of Puerto Rico, the audience will be taken back to this major turning point in history and its profound influence on Latino culture.

Animal Animal Mammal Mine – Penn Dixie Productions
On May 11th 1960, Searle received FDA approval to sell Envoid as a birth control pill – an event which has often been cited as changing the nature of human society forever. Suddenly the reproductive powers of women could be controlled in a way that had never existed before. Sex and reproduction were no longer correlated to the same degree, and the human-female-animal seemed to outsmart evolution itself. Animal Animal Mammal Mine is a devised theater piece that grows out of extensive interviews with women who have inherited the technology of the 60s. It weaves these characters together with dance, projections, and the breathtaking hybrid sculptures of Martha Posner. Posner’s sculptures embody an expression of transfiguration, of dueling natures, of the moment in which we jut into animality.

Countdown to “BOOM” We All Fall Down – Kariamu & Company: Traditions
The bombing of the 16th Street Baptist in Birmingham Alabama on September 15, 1963 was an unprecedented act of “domestic terrorism” long before the term would ever be applied. It would be decades before America’s violent racial society admitted that treatment of African Americans since the early days of the enslavement had always been predicated on a particular brand of “nationalized” terrorism. Few people remember their names; but Addie Mae Collins, Cynthia Wesley, Carole Robertson and Denise McNair’s senseless death became the turning point of the entire Civil Rights Movement. Filled with the passion of dance sequences, gospel, down-home blues and freedom songs, Countdown to “BOOM” We All Fall Down, takes a poignant look at a memorable day on the linear graph of history’s kaleidoscope that touched/changed a nation while capturing the music, the look, the feel and the movements of a Sunday morning in the south.

That Time – Tongue & Groove Spontaneous Theater / RealLivePeople (In)Motion
Tongue & Groove is a critically acclaimed theater ensemble that spontaneously performs unscripted scenes and monologues inspired by personal information anonymously submitted by the audience. Through this unique and honest artist-audience collaboration, T&G examines authentic relationships, and performs funny, thoughtful, physically dynamic, emotionally resonant theatre… that happens to be improvised. Especially for PIFA 2013, T&G is collaborating with dance company RealLivePeople(in)Motion, an ensemble that is similarly catalyzed by the audience’s true stories. RLPiM balances inventive, athletic movement with poignant and provocative real-life interactions. Both groups strive to create accessible, relatable work, both humorous and touching, reflecting the human experience. For this special PIFA production, the two companies ask “If you could go back in time to any moment in your own life’s story, where would you go and why?” The answers will inspire a one-of-a-kind, instantly-generated collage of dance, theater and music that will capture the unique spirit of each audience. The production is a collaboration of actors and dancers, as well as a musician and a visual artist. Each performance is enhanced by live improvised harmonica music. The set design is an interactive large-scale mural of a time-line, upon which audience members add their answer to the posed question.