Motion Pictures has been a PDP presentation that explores how film and video serve as natural collaborative medium for dance, highlighting the power of image and motion in both. Over the years Motion Pictures has featured experimental and innovative shorts, documentaries, “moc”umentaries and animations. There have been documentaries about Pina Bausch, Maya Deren, Carmen Amaya, Geoffrey Holder and Carmen DeLavallade Mark Morris and the Paris Opera Ballet along with imaginative ground breaking work by Pooh Kaye, Hilary Harris and Lloyd Newson among many others.

This year’s line up offers some stellar programming as well …

Dances Made To Order
Thursday, April 4 at 7:00 p.m. | FREE
Become part of the studio audience during this live talk show taping and join the conversation with local Dance Made to Order choreographers Niki Cousineau, Gabrielle Revlock and Raphael Xavier. Hosted by Dancer/choreographer Christina Zani. 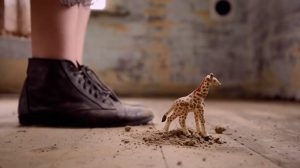 All screenings at PhillyCAM
699 Ranstead Street (on 7th Street btwn Market & Chestnut Sts.)