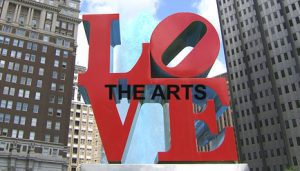 Arts funding is constantly under fire, the National Endowment for The Arts is constantly facing cut backs and even the threat of dissolution.  Grants and foundations that support the arts have drastically cut back or scaled down their involvement. Corporate and private donors are also feeling the pinch with the varying economic factors. Arts education in the schools has suffered equally if not more so with program cutbacks and even elimination.

So is there a better model for funding the arts at the local/city level? What if arts funding was put at the forefront of civic responsibility?

In Brazil, the government recently implemented a $25 a month stipend for workers to pay for cultural expenses such as books, movies, and art museum tickets through a designated card. The new policy was a way to provide access to culture for all Brazilians, regardless of socioeconomic factors. Ninety percent of the stipend is covered by employers, who will be able to deduct the amount from their income taxes. Workers pay the remaining 10 percent out of their own paychecks but can opt out if they prefer. The benefit can go to workers earning as much as five times the minimum wage, but it’s up to employers to choose the benchmarks. The new stipend is good for those who consume culture but also benefits cultural creators as well. It was estimated by the Brazilian government that approximately$3.5 billion in revenue would be added into the cultural sector. Similar to how a tax credit or refund might bolster household spending, the country views its new policy as giving cultural enterprises new energy.

Recently and more local, in Portland, Oregon, an annual income, arts tax of $35 was passed. Funds collected would goes directly to supporting local arts organizations. The tax brings in an estimated $12.2 million a year from 350,000 people. Money has been applied to the Portland elementary schools to hire “certified arts or music education teachers” and the Regional Arts & Culture Council, which supports non-profit Portland arts organizations. The arts tax applies to everyone equally, unless you have no income or are below the established poverty lines.

A CASE FOR PHILADELPHIA

I would suggest that in Philadelphia the ideal scenario might be a hybrid of the two current models.  For any arts funding initiative to succeed in this town, it would require that we value the creative process as an inherit part of the overall Philadelphia culture.  According to the July 2011 US Census Bureau, the population of Philadelphia was 1,536,471. With just a $25 annual arts tax, this would infuse almost $38 million in revenue to fund arts education and local arts projects.  This alone would make a difference to the creative economy. Yes, I can hear the opponents cry about another tax, but seriously, $25 a year will not pose any undue hardship in the scheme of things.

But such funding alone will lose value, if more Philadelphians are not exposed to the arts or have equal access to the arts.  So providing a monthly arts stipend to workers in exchange for a tax deduction might also have some merit. Perhaps, this could be an opt-in system for employers or restricted to businesses with a certain level of annual profit. And while many companies do support the arts, this would also increase the civic responsibility and community involvement for many of our areas businesses. For employees this would not only make the arts more accessible to many, but also provide an incentive to attend new arts programs and explore the cultural offerings that make Philadelphia what it is. At the heart of such a program is our willingness to embrace that which makes this city so unique – our theater, music, dance, art and cultural heritage.