10 Triumphant Years at The Performance Garage 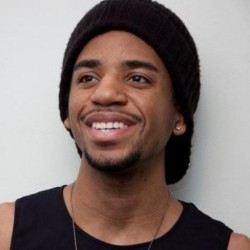 I could feel the love and support at the Performance Garage’s Tenth Anniversary Celebration from the moment I stepped foot inside the space. I observed as each attendee was greeted with a warm smile, a free coat check, and an efficient box office representative. In the spirit of The Oprah Winfrey Show, each attendee left with a nice gift bag full of dance-themed goodies. More importantly, people left with a resounding message that hard work, dedication, and collaboration can turn major dreams into reality. This formula helped take the Performance Garage from an ambitious dream to a popular, vibrant center dedicated to dance and the performing arts in Philadelphia.

The celebration kicked off with a social mixer where attendees saw familiar faces, made new connections, and enjoyed a delicious display of food and beverages. Accompanying the socializing was an eye-catching slideshow of Performance Garage concert photos captured by beloved dance photographer Bill Hebert.

The first performance of the night came with much anticipation. It was none other than “Syrinx,” an excerpt from the former Jeanne Ruddy Dance Company’s 2011 PIFA concert MonTage à Trois. The company’s mini-reunion featured two pairs of dancers. Alexei Borokov and Christine Taylor waited in patient stillness while Rick Callendar and Janet Pilla began their duet. Each duet featured the female dancer pushing, sliding, slipping, and sticking to their male partner who faced the back of the stage in a strong, supportive pose. While staying in complete synchronization posed a few problems for the two female dancers, the effortless handstand sequences and commitment to the movement made up for their slight glitches in timing. It was also nice to see some members of the company return with their memorable, bright colored tights and leotards from MonTage à Trois.

The next piece was “forget me sweetly,” a collaborative work choreographed and performed by Subscircle’s Niki Cousineau, Christy Lee, and Scott McPheeters. It was hard to forget this piece because of the string light bulb hanging from one of the stage’s beams. While the mellow music played and Cousineau indulged in a grounded, intricate movement solo, my eyes could not help but wonder to the light bulb. Christy Lee soon joined in the moving sequence that turned into a duet with Cousineau. After longing to see how the light bulb would be used in the piece, Scott McPheeters came to the rescue! He turned on the light bulb and began dancing what soon turned into a trio. The piece alternated between a series of different solos, duets, and trios which presented a nice contrast to the long, droning musical selection that seemed to never end. The dancers were draped in dark dress clothing that seemed to match the mood of the music. The intricate, grounded, and innovative movement vocabulary ended when the last soloist turned the beloved light bulb off.

Next up was Felicia Cruz dancing Caged, a Carbon Dance Theatre solo choreographed by Meredith Rainey. The piece kept things interesting by featuring poetry by Maya Angelou, narration by Rainey, and a hauntingly beautiful rendition of Ave Maria. While the sound selection was captivating on its own, the intricate cage bird costume, designed by Rainey and crafted by Heidi Barr, was a site to see! It was reminiscent of pop music superstar Lady Gaga’s head-turning ensembles. However, the most memorable thing about Caged was the soloist. Cruz went through a range of movement sequences from strong, deliberate, slow steps across the stage, to diagonal pencil turns downstage, and moments of complete stillness. It was in these moments of stillness that the audience could focus on Cruz’s outstanding stage presence. Her look of desperation, longing, and determination on her face coupled with the intricate contemporary ballet choreography of Rainey made this solo come to life.

Closing out the celebration was “Dansa from Mall”, a Kulu Mele African Dance and Drum Ensemble piece choreographed by Cachet Ivey. The piece began with generations of drummers sitting side by side across the back of the brightly lit stage. The audience could not help but smile at the child drummer. The young boy had his own small drum in hand and played it with as much conviction as his adult male musical colleagues. Before I knew it a large ensemble of African dancers came out from all angles of the stage, stomping, clapping, and cheering each other on as solos, duets, and small group work flooded the stage. Beautiful white and gold African garbs draped the athletic female dancers. Bright blue costumes were selected for the two male dancers who took to the stage towards the end of the piece. They danced with such athleticism, musicality, and showmanship that the audience instantly began clapping along with the dancers. As one female dancer lost her head piece during a fast paced, jump filled solo, her dancing colleague went out of her way to pick it up while continuing to execute her intricate steps. This small gesture was a living testimony to the true spirit of community, family, and group accountability that is Kulu Mele. There performance ended in loud applause and standing ovation while signifying the bright future of the Performance Garage.

Here is to at least ten more years of dance and performing arts magic taking place at the inspiring Performance Garage!

0 replies on “10 Triumphant Years at The Performance Garage”