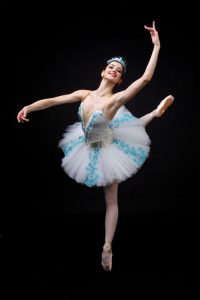 Polina Kadiyska, a 22-year old student from Bulgaria had been studying ballet at The Rock School for the past three years, when she was struck down and killed by a drunk hit and run driver.

Early Sunday morning in South Philadelphia, Polina was crossing the street at Broad and Ellsworth, when she was struck by a green Audi.  The driver, Deandre Barnes, age 19, is accused of driving drunk, running a red light, and running from the scene along with another male passenger. Both men were taken into custody, after returning to the car to retrieve personal effects. Barnes, has been charged with aggravated assault, aggravated assault while driving under the influence, criminal mischief, driving under the influence, and recklessly endangering another person. He remains jailed on $1 million bail awaiting an April 3 arraignment.

Polina was rushed to Jefferson Hospital, where she was in a coma in the intensive care unit. The Directors of the Rock School and Polina’s loved ones stayed at the hospital until her parents arrived from Bulgaria.  A few hours later, Polina passed away. 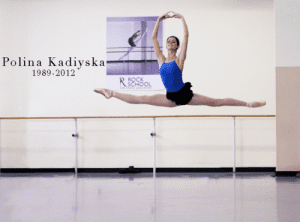 Polina was originally from the Bulgarian city of Sofia. She came to Philadelphia to study at the prestigious Rock School for Dance after the directors of the Rock School had offered her a scholarship.  She was described as hard working with a natural talent and on her way to a professional career in dance. She had recently danced as the Dew Drop Fairy in the school’s 2011 production of The Nutcracker.  Her beauty and presence depicted in a photograph have adorned the facade of The Rock School.

The Philadelphia dance community has been deeply struck by this senseless loss.  Polina’s fellow students, dancers and friends  have collected flowers, cards, and notes of kind words for Polina’s family on the 2nd floor of the school under her photo.  A memorial service is planned. Polina’s parents are now hoping to fly her home to Bulgaria. She is expected to be buried there.