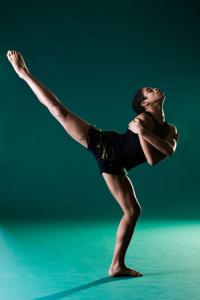 Rebecca Davis will be presenting Dancing to the Edge of Darfur as a way to use the arts to create social change.

Dancing to the Edge of Darfur, presented by the Rebecca Davis Dance Company, is being performed at The Prince Music Theater, 1412 Chestnut Street, Philadelphia, Saturday, October 10, at 8 p.m.  This multimedia event focuses on raising awareness of the continuing atrocities in Darfur through a dynamic mixture of art and media forms.  All profits from this event will benefit Global Grassroots, a not-for-profit organization advocating social change for women in war-torn Sudan.

“On October 10th, we hope to gather people together who want to learn how individual people can make positive change using their own skills, voice and art,” says Davis.  “We can become a powerful force when we know what is going on in the world and feel compelled to act.”

With money raised through the Rebecca Davis Dance Company’s original Darfur performance in April 2008, Global Grassroots was able to fund a theater group in Rwanda to help educate the population about the causes and consequences of violence against women. Video footage of the theater group will be combined with excerpts from the original Darfur ballet performance to demonstrate tangible ways in which audience members can aid those affected.  In addition, photographs smuggled back from Darfur by U.S. Marine Brian Steidle will be shown along with readings by his sister Gretchen Wallace Steidle, founder of Global Grassroots and co-author of “The Devil Came on Horseback,” an account of Brian’s time as a soldier in Darfur.  Excerpts from the award-winning documentary “The Devil Came on Horseback” will also be part of the event.

In June 2008, Davis traveled to Rwanda and worked on creating a performance depicting stories of genocide survivors.  In June 2009, she traveled to Bosnia for two months to teach dance to children, with the hope they would work together as an ensemble despite the cultural and religious differences that brought their country to war a few years before.

The Rebecca Davis Dance Company
http://www.rebeccadavisdance.com/
Founded by entrepreneur and choreographer Rebecca Davis, The Rebecca Davis Dance Company is a non-profit institution that provides pre-professional dance training and creates ensemble productions of dance-theater works.  Located at 1802 South Broad Street in Philadelphia, the company is committed to retaining local talent and attracting aspiring dancers and professional artists from across the country to participate in its innovative educational approach to the performing arts.  The curriculum integrates ballet, jazz, modern, acting and anatomy with historical and literary themes.