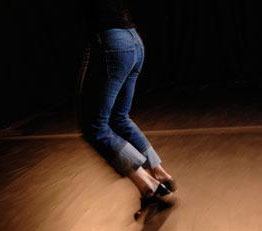 Tap Teaser IV will be held on October 9, 2009 at 8:00pm  at the Community Education Center, 3500 Lancaster Avenue in Philadelphia.  The lineup lineup will include performances by Robert Burden, founder and director of Tap Team II and Company; Alexandria Bradley, former member of Tii Dii; and JoAnna Turner, a local choreographer and long-time company member of Tap Team II.  Tap companies DO Tap and Tapaholics Phenomenous will also be featured.

Tap Teaser, originally established in 2008, has become a bi-yearly, “open mic night,” for tappers and jazz musicians in the greater Philadelphia region. Performances have included a diverse mix of ages, styles, musical selections and perspectives. The show gives artists a chance to showcase works-in-progress, finished works or just improvisation.  It has also become a forum for tap artists and jazz musicians to meet each other and build community. Tap Teaser has always had a “surprise” element, be it an impromptu tap jam, a special guest artist or a late addition to the program.