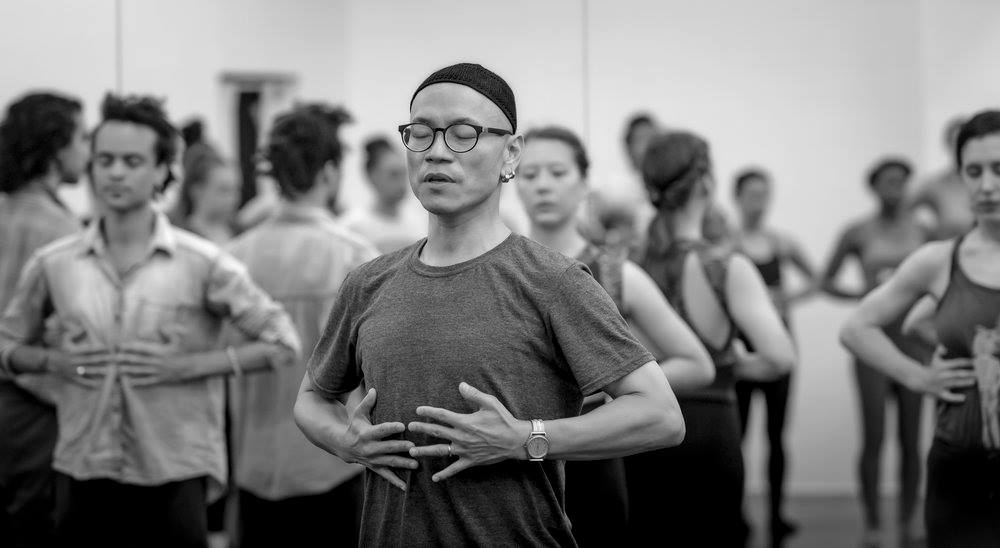 This summer train alongside our company artists by enrolling in one of our summer workshops series catered for the pre-professional and professional dancer! These workshops are held Tuesday through Friday and focus on a specific technique to strengthen and develop you further as a moving artist. Register for the entire series or check it out with a purchase of a single drop-in class.

Lin’s signature CHI Awareness Practice is the foundational technique for Kun-Yang Lin/Dancers (KYL/D). It explores the spaces where Western dance forms including ballet, modern, post-modern and hip-hop meet the impulses of Eastern philosophies, including Taoism and Zen Buddhism. The class focuses on how, through modulation of breath (or “chi” in Mandarin), weight and weightlessness co-exist simultaneously and energy seamlessly transitions among explosive bursts of rapid, expansive phrase work, and absolute stillness. Class begins quietly and gradually builds in complexity, culminating in dynamic phrase work. CHI Awareness Practice expands the perimeter of Western dance practices through an Eastern perspective that reflects Lin’s conception of dance as the ultimate integration of body, spirit and mind.

Kun-Yang Lin is the founder of Kun-Yang Lin/Dancers (“KYLD”) & Co-founder of KYL/D’s CHI Movement Arts Center in Philadelphia. Taiwan-born Lin probes at the limits of national identity, drawing upon Eastern philosophy while expanding the perimeter of Western contemporary dance. Lin has won numerous awards in Taiwan and been widely recognized in the U.S. for both his dancing and choreography including, in 2002 by Back Stage, which named him “the year’s most promising choreographer in NYC.” Lin has been on the faculty of The Yard on Martha’s Vineyard, H.B. Actor’s Studio, Peridance International Dance Center and The Limon Institute and he offers master classes and workshops throughout the U.S. and abroad. Currently, Lin is Professor of Dance at Temple University. Lin received his MFA from New York University’s Tisch School (on full scholarship) and his BFA from Taiwan National University of the Arts. He currently serves as KYL/D’s Executive Artistic Director.