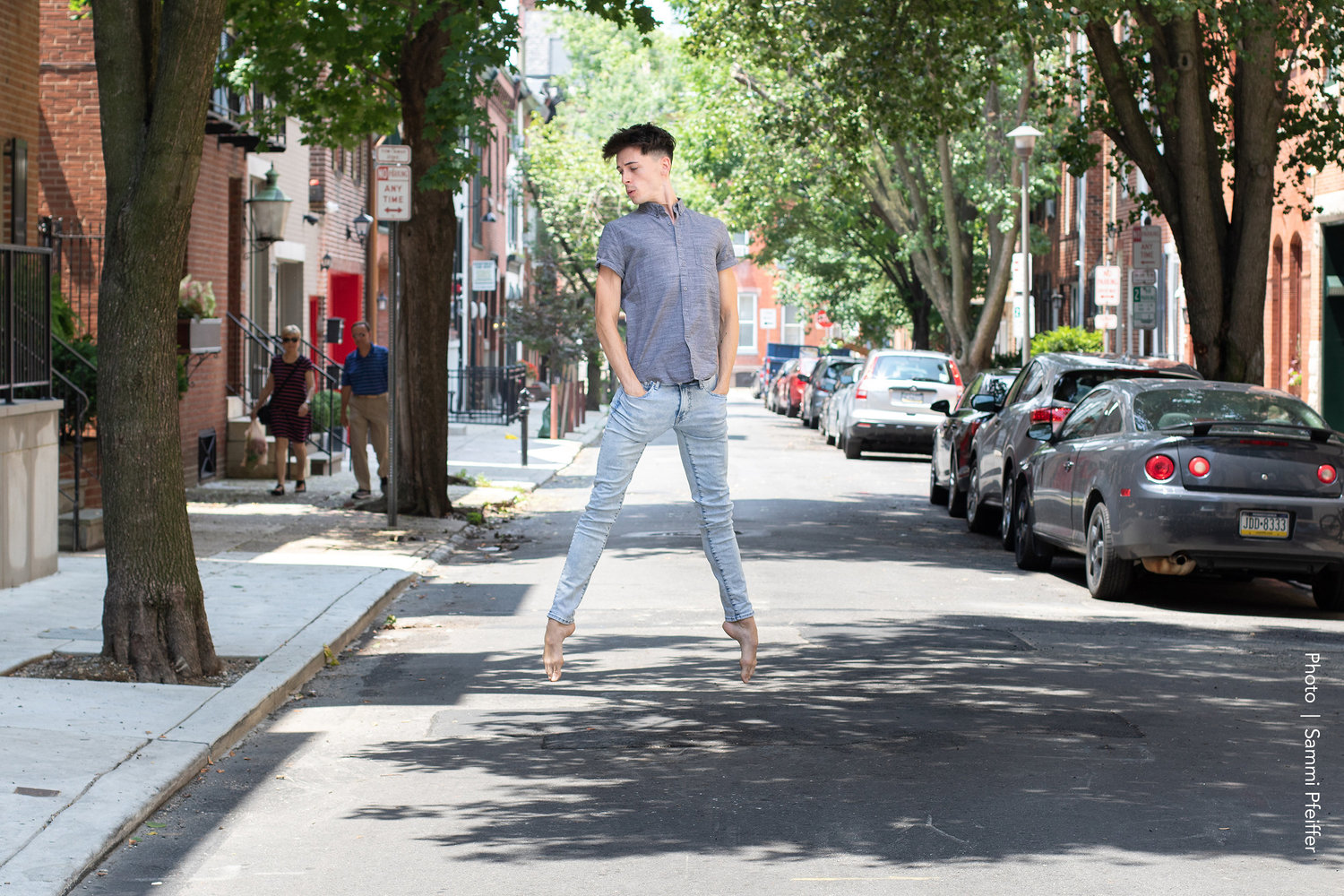 Greg’s class challenges the body physically while exploring artistic approaches to phrase work. An upbeat jazz warmup prepares the body for traveling across the floor, while a guided improvisation sets the tone for a movement combination to end weekly class. Greg’s class is accessible to those with dance training or individuals looking to try something new!

This class is designed for novice dancers or students who have not danced for many years. We will continue to emphasize proper posture, muscle development, flexibility, musicality, and grace of movement through beginner level combinations. Students are expected to know basic dance vocabulary and have a desire to improve their strength and technique.

Greg Anmuth began his dance training at his mother’s studio in New Jersey. Having waited until sixteen to begin taking technique classes, Greg fought to catch up to his peers. This began a process of self-exploration that continued through his time at Rowan University. Under the guidance of Paule Turner and Melanie Stewart, Greg sought clarity in his approach to choreography. Using every resource available, Greg pioneered original programs that helped define his movement style and launch his teaching career. While at Rowan, Greg was the first student to present an original evening length dance work and develop a unique internship using the Franklin Method as a healing tool. He was elected the president of Rowan’s Contemporary Dance Company, and has been awarded the Bryna G. Goldhaft Medallion for Dance Excellence in 2012 upon his completion of his B.A. in Health and Exercise Science. Now a co-owner of his family’s school, Greg has established a strong presence in the local community. As a teacher and choreographer Greg has been awarded dozens of choreography and entertainment awards for his original concepts including the choreography award at the World Dance Championship in 2017 for his piece, “Deluge”. In class, development of personal growth remains paramount. Greg challenges individuals to try all things and learn from every experience. Classes are heavily influenced by his Yoga background, Nan Giordano’s NGCP, and Roni Koresh. Greg’s performance career has continued all the while. Greg has performed as a company member with Roger Lee Dance, Andrea Mychaels Dance Project, Band of Artists, and Legends in Concert. His most recent appearance was in Asya Zlatina’s STORM as part of the Philadelphia Fringe Festival in 2017. Greg is currently dancing for Nickerson-Rossi Dance (NRD) East Company.