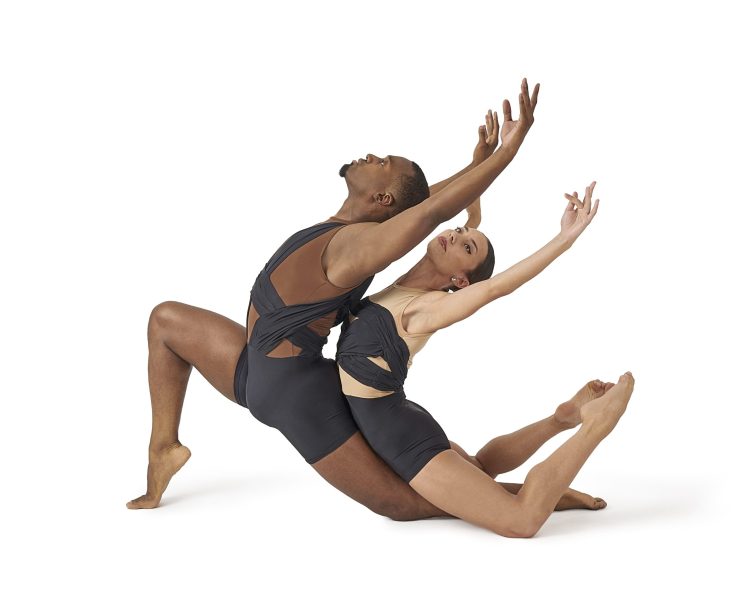 The Philadelphia Dance Company (PHILADANCO!) will perform Philadanco MinEvent, comprising excerpts from dances choreographed by Merce Cunningham and originally designed by Jasper Johns during his tenure as the artistic advisor for the Merce Cunningham Dance Company (1967–80). PHILADANCO! dancers will perform in newly constructed costumes fashioned after an original design by Johns. Philadanco MinEvent will be performed with live music by John King and Leyya Mona Tawil.

PHILADANCO! dancers will perform an arrangement of choreographic material drawn from four Cunningham/Johns collaborations: Canfield (1969), Landrover (1972), Un jour ou deux (1973), and Exchange (1978). The MinEvent will be arranged and staged in the Williams Forum by Patricia Lent expressly for the PHILADANCO! dancers.

Canfield (1969): The dance’s title refers to a game of solitaire. Using chance operations to determine the sequence of movements, Cunningham assigned a word indicating a particular movement to each card in the deck, with red and black suits denoting fast and slow movements, respectively. For the original production, Robert Morris designed the set, Jasper Johns designed the costumes, and Pauline Oliveros composed the music.

Landrover (1972): Cunningham said that his image for Landrover was, “people moving in different landscapes. American, perhaps in the sense that we move in our country—across varied spaces—with varied backgrounds.” Johns designed the costumes, which were leotards and tights in various solid colors. The music was a collaborative effort by Cage, David Tudor, and Gordon Mumma.

Un jour ou deux (1973): In 1973 the Paris Festival d’Automne and the Paris International Dance Festival commissioned a new work from Merce Cunningham, to be performed by the Paris Opera Ballet. One of his epic works, the dance consisted, Cunningham wrote, “of a number of separate dance events—solos, duets, trios, quintets, and larger groups.” The music was an orchestral work by John Cage. The costumes and set, both designed by Johns, shaded from dark to light gray

Exchange (1978): Divided into three parts, Exchange began with half of the company in the first part, the other half in the second, and the entire company closing out the third. When asked about the dance, Cunningham said, “I’ve often been struck by the idea of recurrence, ideas, movements, inflections coming back in different guises, never the same; it’s always a new space and a changed moment in time. So I decided to use it in Exchange.” Johns, who designed the set and costumes, said he wanted to use “polluted” colors. The backdrop was painted in gradations of gray; the costumes were in various shades of gray with highlights of green, yellow, pink, and purple.

Philadanco MinEvent performed by PHILADANCO! made possible with support from Jessica Berwind, and the Foundation for Contemporary Arts. Additional support provided by the Merce Cunningham Trust. Support for the musical program provided by Anthony B. Creamer III.