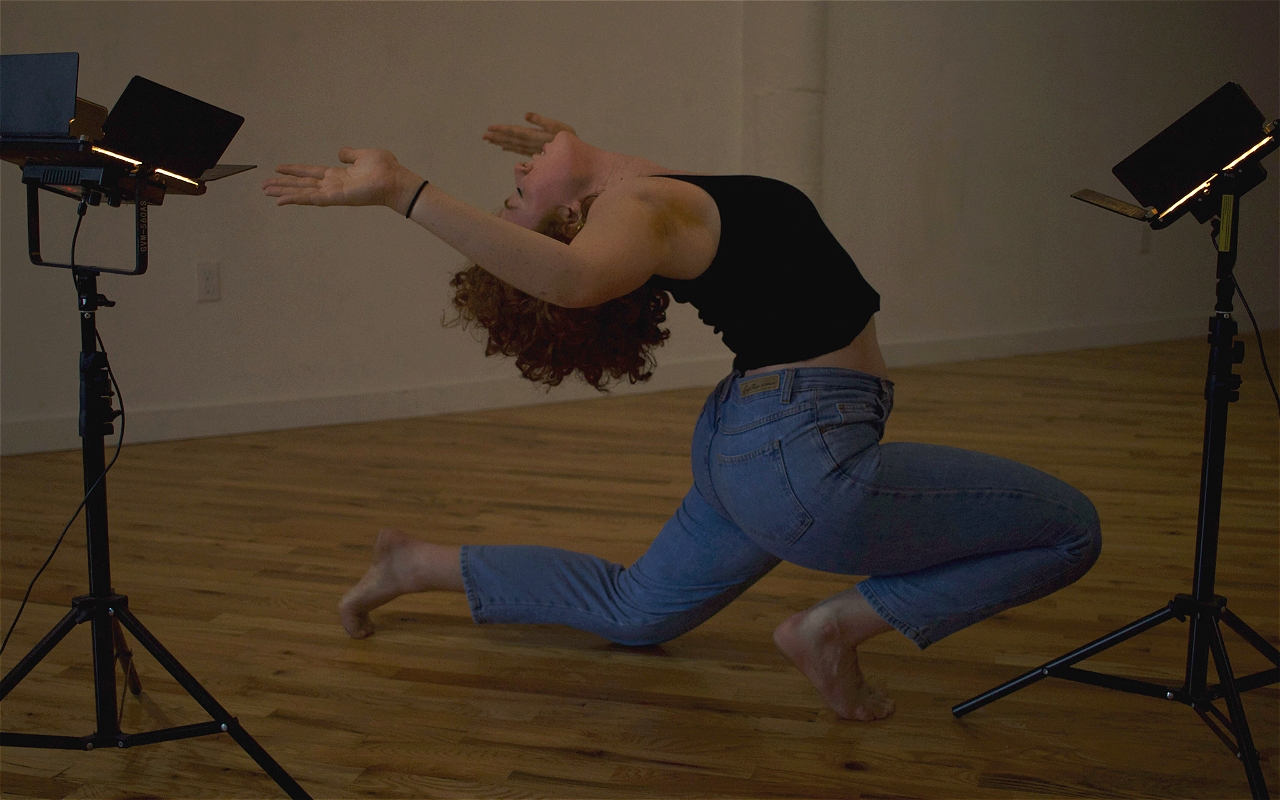 In this semi-autobiographical solo, McGonigle dances herself into a world inhabited by the ghosts of familial anecdotes. Considering the stories she has heard, but never embodied, she amalgamates herself into a cast of characters that occupy her immediate and extended family. Exploring these repetitions of past and present, she fuses together fragments of alternate histories that interrogate the notion of family, and considers how narrative gets passed from generation to generation.

Utilizing illustrative texts, recorded interviews and rigorous dancing, BLAZE paints an intimate portrait of a family that existed before, during, and perhaps even after McGonigle. The artist searches for meaning in, what she deems, the most perplexing story that follows her: her psychotherapist father’s entrance into, and eventual departure from, catholic seminary.
Sometimes presenting wholly as herself, sometimes as her father, and sometimes stuck in a space between the two people, McGonigle questions the ways we disappear, and considers how we mourn what we have never known. Recalling both what existed, and grieving what almost was, BLAZE investigates the carnage of growing up, and sifts through what remains.

This show is presented as part of Cannonball Festival