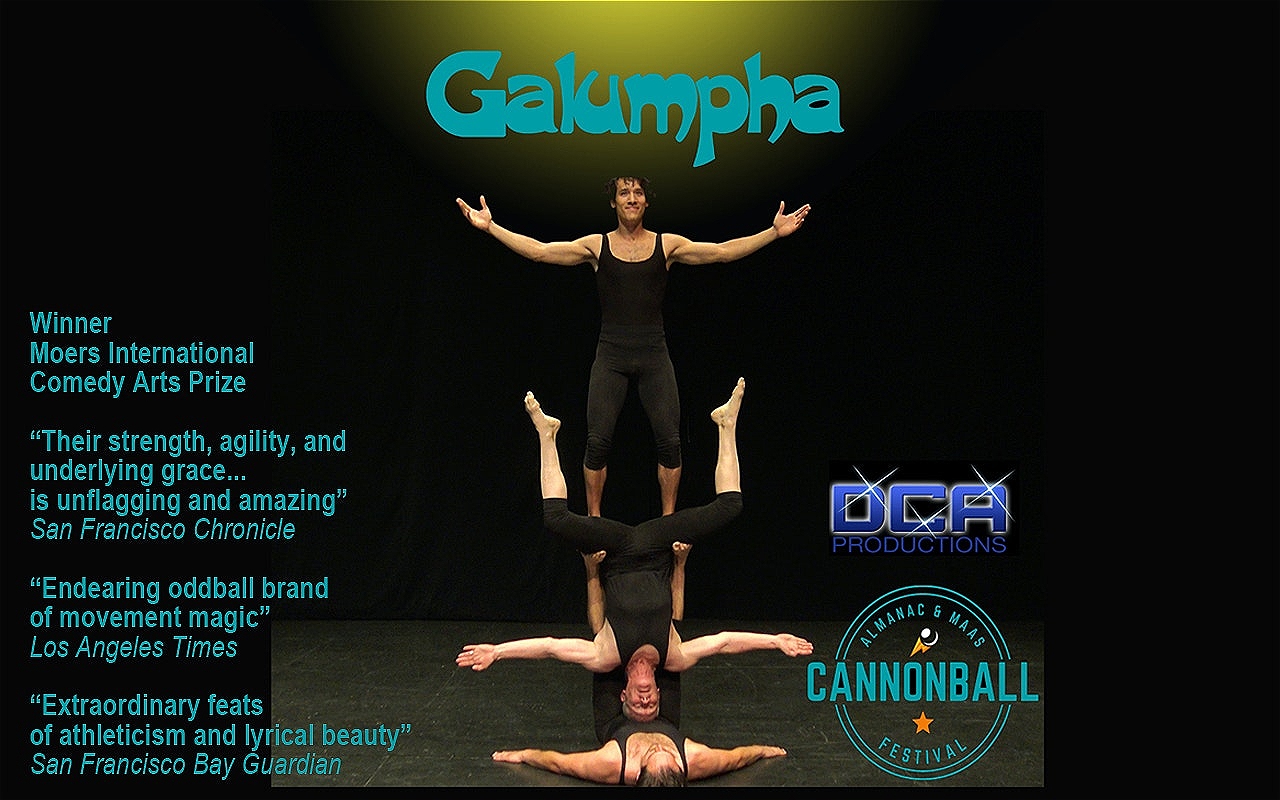 Combining stunning acrobatics, striking visual effects, physical comedy and inventive choreography, Galumpha brings to life a world of imagination, beauty, muscle and merriment. The three performers create a sensory feast of images ranging from the ridiculous to the sublime, drawn together into a seamless whole, consistently bringing audiences to their feet. Galumpha is a triumphant mix of art and entertainment, offering world-class, award winning choreography (Edinburgh Festival Critics’ Choice Award, Moers International Comedy Arts Prize) that is equally at home on the concert stage, at a comedy club or at an outdoor festival.