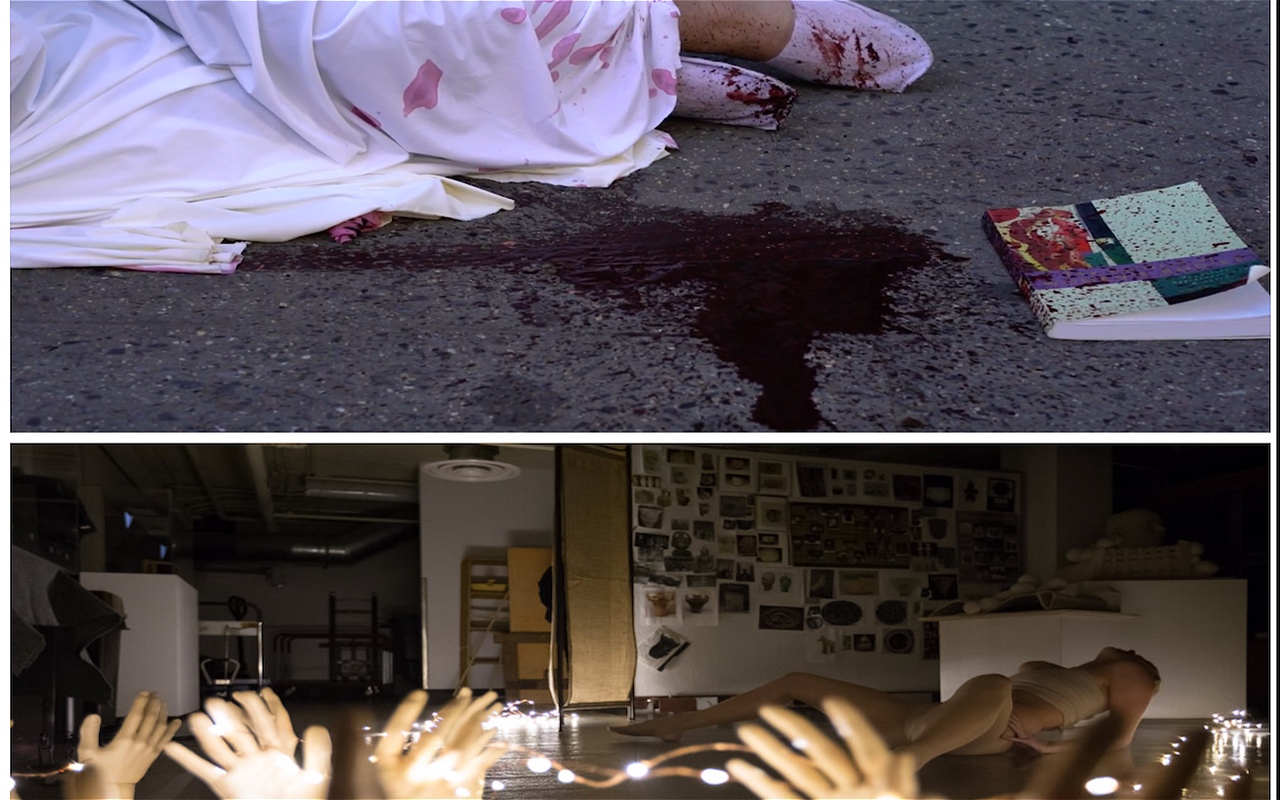 Coven navigates the anger, fear, and belief systems surrounding loss of bodily autonomy and the stripping of women’s rights. Through moments of emotional rawness and intimate vulnerability, Coven questions America as the “Land of the Free.”

Land where my mothers cried
Fought, bled, and sacrificed
For rights which we are now denied
Let freedom ring

Driven by the radical criminalization of abortion handed down by the Supreme Court, this movement installation seeks to fully immerse audience members inside of a ritual led by witches of the resistance invoking powerful women from the past and looking ahead to a feminist utopia of our own making.

Land of dystopia
Religious myopia
I mourn for thee

Courtney Colón is an artist-activist working as a creator, educator, mover, and writer. Courtney’s work is socially-engaged, multidisciplinary, and feminist, centered on the politics of women’s bodies. She holds an MFA in Dance from Hollins University. Her choreography and lectures have been presented across the United States, as well as internationally. She has taught and performed extensively throughout the United States and Europe. Courtney is also a freelance writer whose work has appeared in the Philadelphia Dance Journal, DIY Dancer Magazine, and Snapdragon Journal, amongst others. She is driven by innovation, disruption, and cultivating engagement between all communities.

This show is presented as part of Cannonball Festival