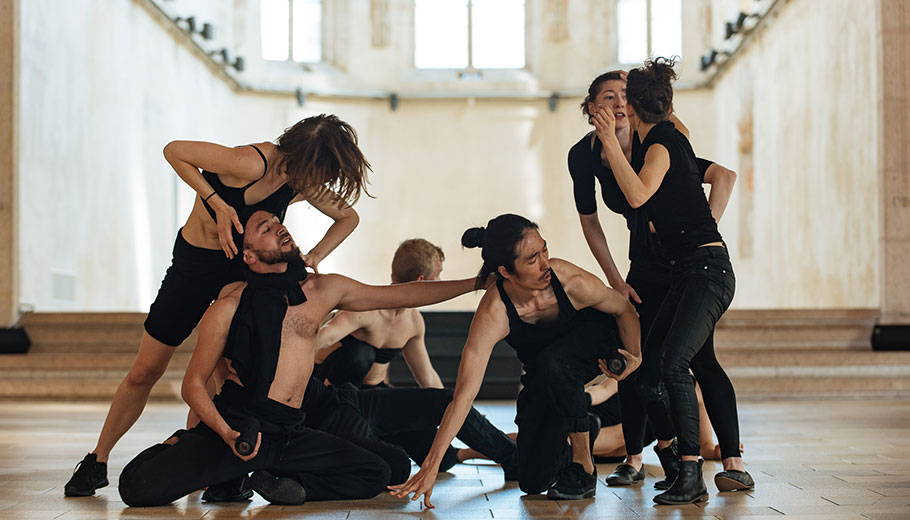 The Kimmel Center presents Austrian dance company, Liquid Loft, in a US premiere performance featuring the voices of Philadelphians. Their Foreign Tongues series puts speech and communication at the center of their choreography to reflect the city’s personality. Recorded interviews and personal conversations with Philadelphians become the “musical” backbone as the dancers translate tone, sound, dynamics, and intonation into movement. Beginning in the Kimmel Center’s Commonwealth Plaza, the performance draws audiences through the space and ultimately into the Perelman Theater for a unique and immersive experience.

Vision of the Artists

The questions of how we use language, how a given statement is interpreted by another, are at the center of this performance; for the city as a living-space, constantly generates new expressions, jargons and phonemic variations.

But what is the specific sound of a certain meaning? How does its embodiment look? The languages sampled in Foreign Tongues are, even before they have meaning, fundamentally sound and rhythm, ambivalent islands of sound. Dialects, regional languages and slangs get transformed into sequences of movement. What initially may seem like a tangle of languages, is turned, via the bodily adaptation in space, into a form of communication which far surpasses its linguistic content.

Foreign Tongues, an IN SITU Pilot project, has received a creation aid under the ACT project, co-funded by the Creative Europe Programme of the European Union

Foreign Tongues is an IN SITU pilot project